Use Music To Stem Violence 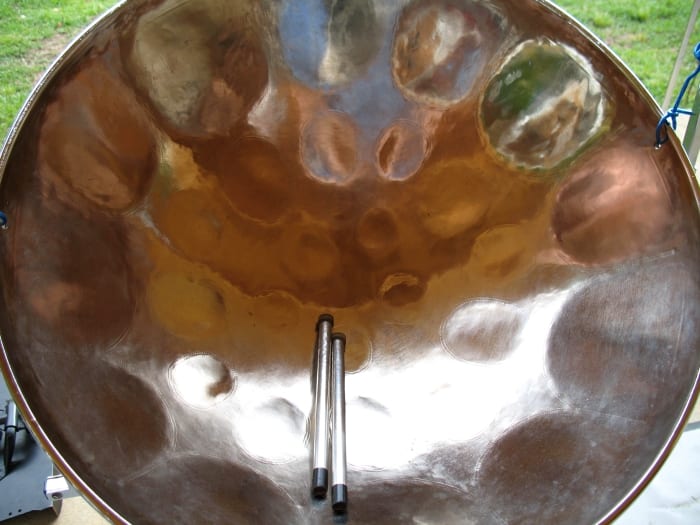 “Put your money where your mouth is and invest in Barbados’ youth!”

That’s the challenge being put forward by Director of the Criminal Justice Research and Planning Unit, Cheryl Willoughby, to musicians and entertainers, as they called for a greater integration of music into programmes to assist with deviant youth.

She pointed out that in St. Vincent and the Grenadines, there was a Pan Against Crime programme supported by the police force, and was designed to use the art form to steer the youth away from crime. In contrast, she said in Barbados, to own a steel pan it would cost about $2,500, while learning to play it could cost $40 per hour.

Mrs. Willoughby raised these points during the final town hall meeting for Crime Awareness Month under the topic Culture and Its Impact on Violence, at the Queen’s Park Steel Shed, on Wednesday night. The Director also took issue with the lyrics in some songs, which she described as being of a sexual and violent nature.

Coordinator of the Performing Arts Programme and Pianist, Roger Gittens, also advocated for the use of more music for the development of Barbados. The panellist noted that it was recognised that music therapy had proven to be effective in working with those affected by autism, Alzheimer’s, and post-traumatic stress disorder.

Mr. Gittens also took issue with what he described as an exam oriented school system, which did not leave room for attitude building.  He said it should be one focused on the arts. His recommendation is for the introduction of music to children from as young as three years, when they would learn to play a musical instrument. “That encourages respect for authority.  Setting up such programmes can give children choices,” he reasoned.

He noted that the Organization of American States had created an orchestra for at-risk youth between ages 10 and 18 in St. Lucia, with the aim to lower the dropout rate among children, reduce youth violence, and create skills among them.

Also adding his voice to the discussion was Programme Manager at Starcom Network Inc., Ronald Clarke, who stressed that Barbados needs to have a system which allows children to broaden their minds. “We need them to see that there is nothing demonic about drums or Africa,” he said.

He added that discussions on culture and its impact on violence had to be seen in a holistic sense. That, he said, included the fact that there was economic and class violence. “There is violence in everything; so to isolate violence to a particular type of music, district or social class, it means we have wasted the opportunity to see how it can be addressed in other areas, which are represented in our art,” he said.

Entertainer Eric Lewis also noted that culture is a way of life and music was a part of that culture. He explained that the lyrics in music reveal the happenings in society and what was being felt, and how people perceived they were being treated.

DJ on Slam 101.1 FM, Patrick “Salt” Bellamy pointed out that Barbados had to take stock of the negatives, where music was concerned. He said there were artistes in Barbados who could sing really well, but sang ‘bashment’ songs, which were an immediate hit, especially on the [party] cruises.