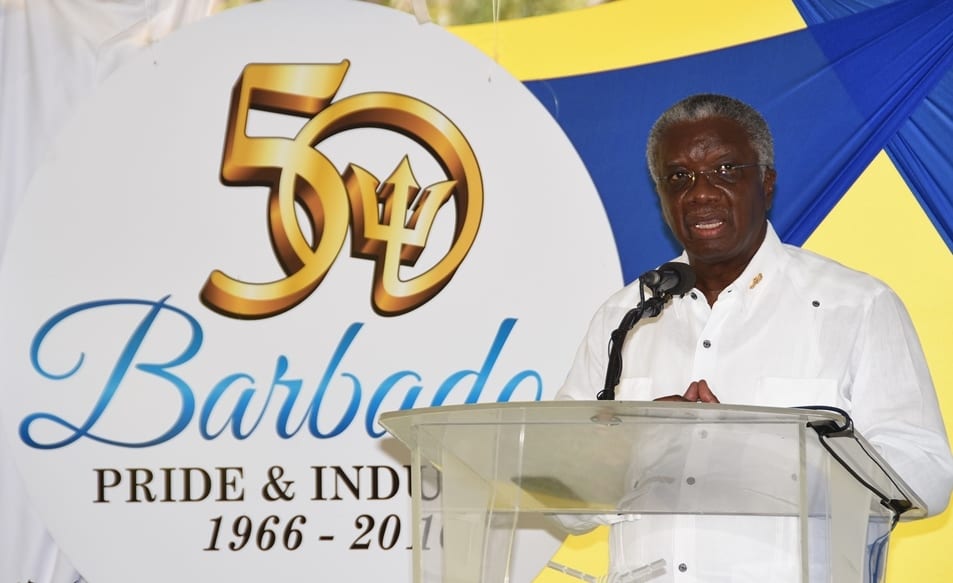 Prime Minister Freundel Stuart will soon know some of those features of Barbadian life that citizens want to reclaim, retain or discard, in keeping with the questions he posed last year during this country’s 50th Anniversary of Independence.

Barbados At 50: The Barbados National Values Assessment 2016 Report, which was carried out by the Sir Arthur Lewis Institute of Social and Economic Studies, will be presented to Mr. Stuart during an Evening of Appreciation, next Tuesday, September 12, at Ilaro Court.

The report is expected to inform Government of the views of the population in relation to where we are as a people at this juncture of our 50th anniversary as an independent nation. During the ceremony, persons who worked with or assisted the 50th Anniversary Secretariat, in making the anniversary celebrations a success, will also be honoured.

Mr. Stuart is eagerly looking forward to receiving the report and having a national dialogue on where the country should go, particularly in light of several recent incidents among young people that have led to concern by Barbadians, and generated widespread discussion.

“It is my hope that this important research would be the platform for a series of in-depth studies that would inform our policy formulation, development and implementation over the next 50 years and beyond,” the Prime Minister stated.