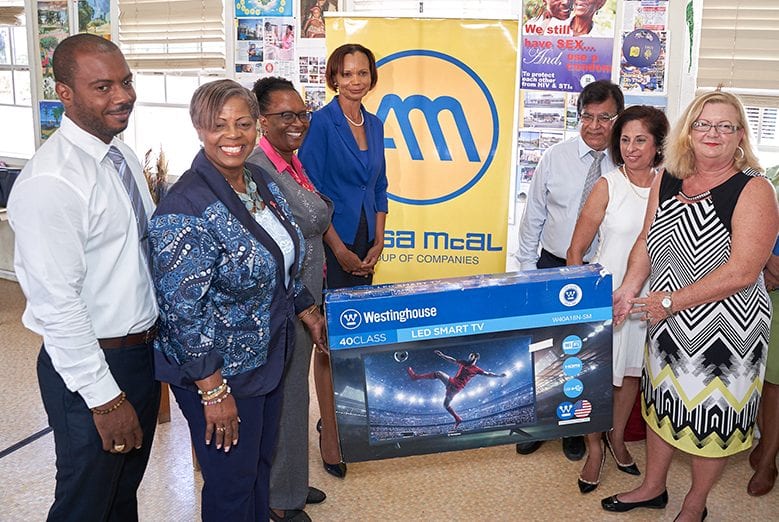 Residents of Vauxhall Senior Citizens’ Village are now enjoying their favourite television shows on a new 40-inch flat screen donated by Ansa McAl (Barbados) Ltd., through the efforts of Lalu and Madhauri Vaswani.

Minister of People Empowerment and Elder Affairs, Cynthia Forde, in accepting the television on behalf of the residents, thanked the company and the Vaswanis for remembering the seniors.

She said it was important that Barbadians continued to donate their time and resources to enhancing the lives of the disadvantaged, as well as senior citizens, whose contribution to the island has been invaluable.

On hand to witness the presentation were Parliamentary Secretary in the Ministry of People Empowerment and Elder Affairs, Neil Rowe; Assistant Director of the National Assistance Board, Colleen Walcott, Senior Welfare Officer, Theresa Hamilton; and Lalu and Madhauri Vaswani.