Vector Borne Diseases On The Decline

Barbados has recorded significant declines in vector borne illnesses such as Zika and Chikungunya this year.

According to Health Minister John Boyce, 39 suspected cases of Zika were reported to the Ministry of Health so far this year, three of which have been confirmed. He said this represented “a significant decline” from 2016.

Speaking on Monday at the Zika TechCamp Media Launch, hosted by the United States Embassy and the Caribbean Public Health Agency (CARPHA), Mr. Boyce also disclosed that there was a decline in Chikungunya cases from the 1, 851 suspected cases, and 139 confirmed in 2014, to 113 suspected cases and none confirmed last year.

The Health Minister also stressed the importance of decreasing mosquito breeding in the island. He cautioned: “While the available indicators are consistent with a decrease in mosquito activity, we are confronted with a number of critical factors that contribute to vector borne diseases expanding into new habitats.” 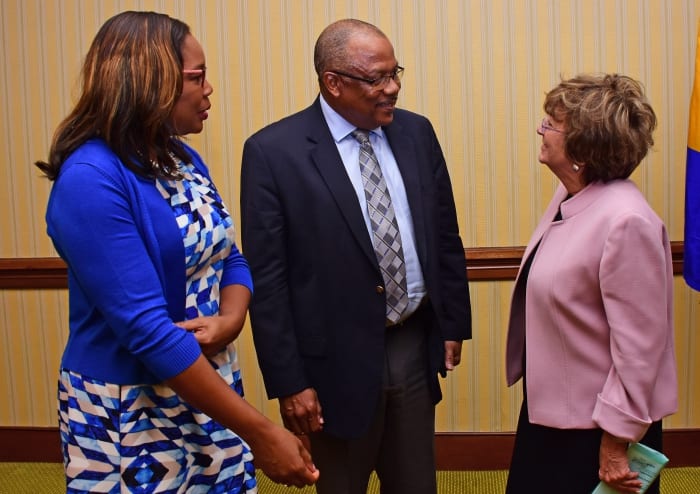 These factors include rapid international travel and trade, water management practices and climate change, including unpredictable rainfall patterns and more frequent storms, all of which Mr. Boyce said, created opportunities for the global spread of diseases.

Information, he submitted, was one of the most critical tools in addressing any type of public health crisis. He, therefore, welcomed the workshop, noting: “Effective communication can support changes in attitudes, norms and behaviours to prevent the spread of disease.

“This workshop seeks to build regional capacity to use digital media strategies to improve public health communication campaigns, to enhance digital literacy of public health professionals and to provide a forum that facilitates the strengthening of networks and connections of public health officials and communicators across the Caribbean.”

The two-day workshop is taking place at the Hilton Barbados Resort.