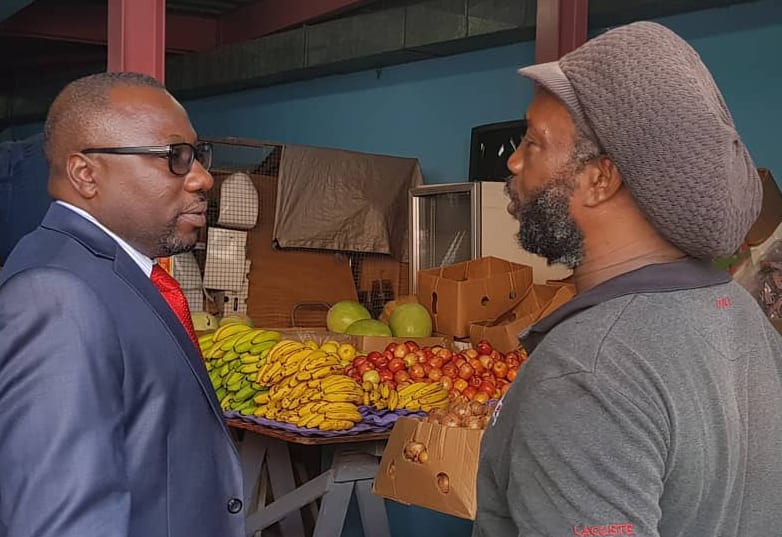 Minister of Small Business, Entrepreneurship and Commerce, Dwight Sutherland, chatting with a vendor while on tour of the Palmetto Market on High Street today. (S.Medford/BGIS)

Barbadians are being urged to see vending in a modern Barbados as a way to preserve the island’s heritage and culture.

The appeal came today from Minister of Small Business, Entrepreneurship and Commerce, Dwight Sutherland, as he toured Palmetto Mall and Market on High Street.

Admitting that a lot more had to be done to preserve our heritage and culture, Minister Sutherland pointed out challenges in the market, identified by himself or the vendors. High on the list was the infrastructure, which he noted was outdated and in need of maintenance. Noting that vending was a key contributor to national development, he stressed the place was “zestless”, whereby people do not feel encouraged to visit.

While pointing out that Palmetto Market could be classified as a “closed” one, he said to attract tourists more could be done in terms of making it artful and showing Barbadian culture to motivate persons to visit markets.

Acknowledging that it was Government’s role to improve the infrastructure, the Commerce Minister said: “At this juncture in our economy, it is indeed pretty challenging because we are going through an IMF programme but we have to start somewhere…

This market needs some upliftment …  So, the first thing, we as a Government must do is not only create policy but make sure that the infrastructure is indeed conducive for commerce and indeed vending.” 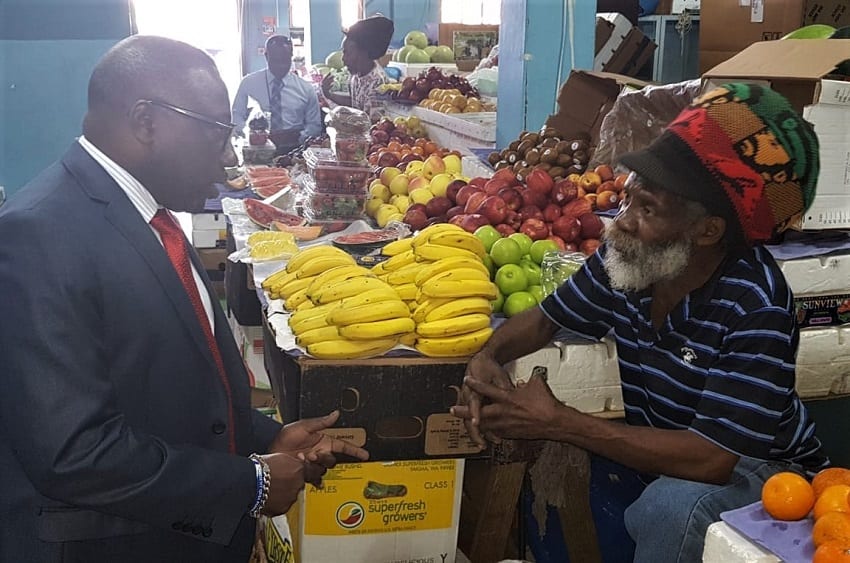 Saying he was also challenging himself, as the Minister, to see vending as critical to building out this economy and vending as commerce, he added: “I would want us to create the policy framework whereby these vendors are empowered and feel motivated and feel part of our system. Give them the respect that is due to them in the economic landscape of this country. So, I am here to get ideas because we don’t have all as a Government and to see how fast we can implement and bring back vending in modern Barbados as a way of life and indeed part of our economic landscape.”

While Mr. Sutherland expressed pleasure at the products on display at the Palmetto Market, he identified another challenge encountered as the cost of inputs.  Stating that most vendors purchased their fruits and other items from wholesalers, he called on the latter group to play their part and help rebuild the economy.

“If you price your products very high, indeed our vendors have less of a chance to make a profit. So, we would like the wholesalers, similar to what I have said, to the supermarket owners [to know], this is commerce…when you walk through Bridgetown, when you travel through the supermarkets, that’s commerce. We want to build out commerce in this country; we want to give people an opportunity to earn a living,” the Minister stressed.

He added that the more than 25 to 30 vendors created employment that helped several families who depended on their everyday trade.