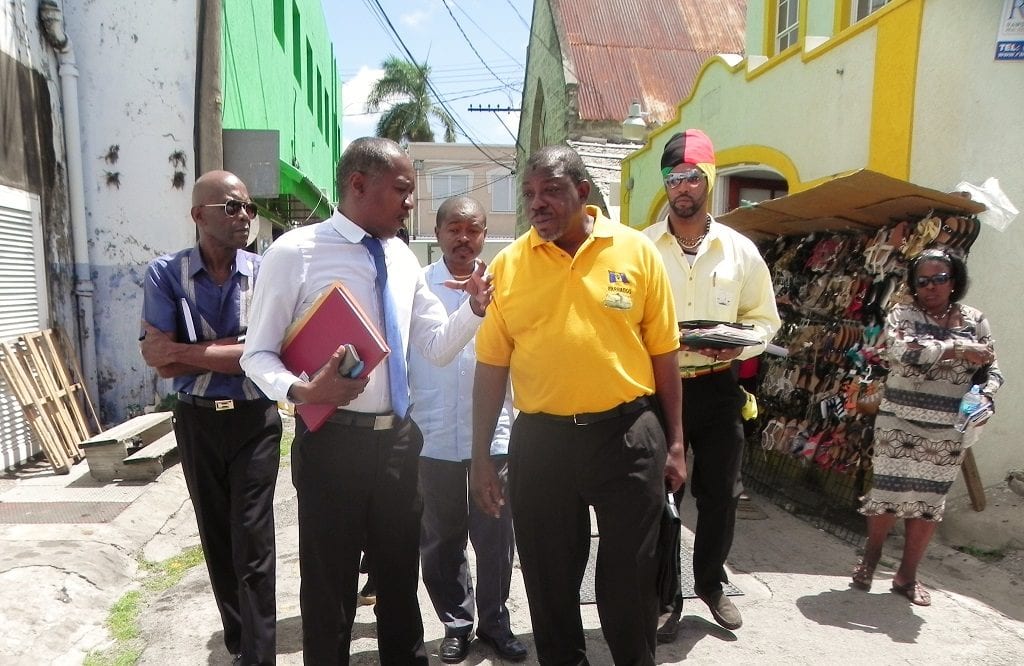 The ongoing issue of illegal vending in the City is being addressed, with the hope of finding swift, viable solutions that would benefit all parties involved.

This is the assurance of Manager of Markets, Sherlock King, who, along with members of the Barbados Association of Retailers, Vendors and Entrepreneurs (BARVEN), officials from the Ministry Agriculture, as well as members of the media, toured key areas in Bridgetown this morning.

Speaking to reporters after the walk-through, which included areas such as Bolton Lane, Swan Street, Victoria Street, and Marl Hill Street, Mr. King said the main aim of the exercise was to get a sense of the concerns that everyone had about vending on the streets.

He stated: “We are aware that there are some concerns that vendors have with respect to not having permits and so on, and there were concerns with the actions of the Police with respect to those persons who did not have permits. So, what I have been instructed to do is to look at this issue … to identify the issues and to come up with solutions to the benefit of everybody.”

Stressing that everyone could not be accommodated on the streets, the Manager of Markets underscored that his department was fully aware of the issue with respect to security and safety for the general public.

“…Any decision that we take will have to be taken against the background that we are looking at sanitation, the issue of pedestrian traffic and balancing that with the demands and the requirements of the vendors who may have children and want to make an income. So, we are not oblivious to that,” he assured the media.

He further acknowledged that during the walk-through, he and his Acting Senior Superintendent of Markets, Gregory Payne, held private discussions about possible solutions, and insisted that deeper talks will be held and communicated to the Ministry.  “Any decision that we make has to be taken within the context of the law, and in turn we will communicate our decisions and so on to the respective vendors as well.”

“You must always bear in mind that there are certain parameters that we have to cater to. In some instances where there may be an increase, we will increase. If there is a case where we will renew, we will renew.

“We have had to have a suspension and a moratorium on permits and so on… and walking through this morning we have identified some areas that we can consider, but again we have to take that within the context of the requirements of Bridgetown. So, we are not going to take a willy-nilly approach in that regard but we will in every way try to assist wherever possible in that effort,” he stressed.