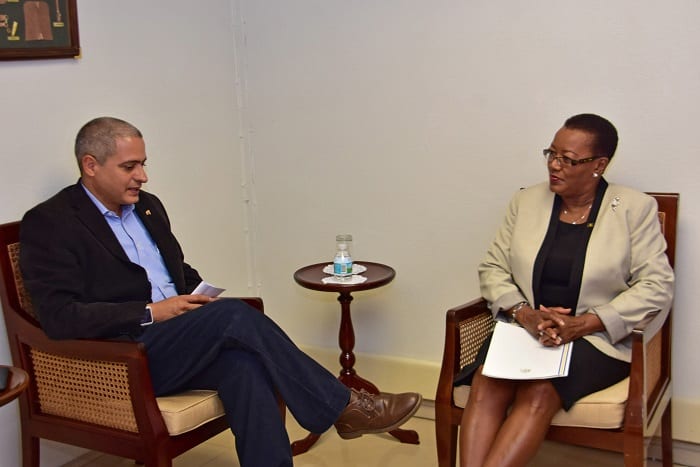 During the call at the Ministry, the envoy thanked Senator McClean and the staff of the Ministry for the assistance rendered to the Embassy during his three-year tenure and added: “I have nothing to complain about while in Barbados and I hope that in my new posting that we can still collaborate. I really did my best to represent Venezuela. It has been four decades of collaboration between Barbados and Venezuela and I am certain that the long-standing friendship will continue.”

Mr. Perez also expressed optimism that talks on the finalisation of an Air Services Agreement that would see a direct service out of Caracas to Bridgetown would be resumed.

In turn, the Minister of Foreign Affairs noted that there were excellent initiatives between the two countries, such as the Spanish programme offered through the Venezuelan Institute.