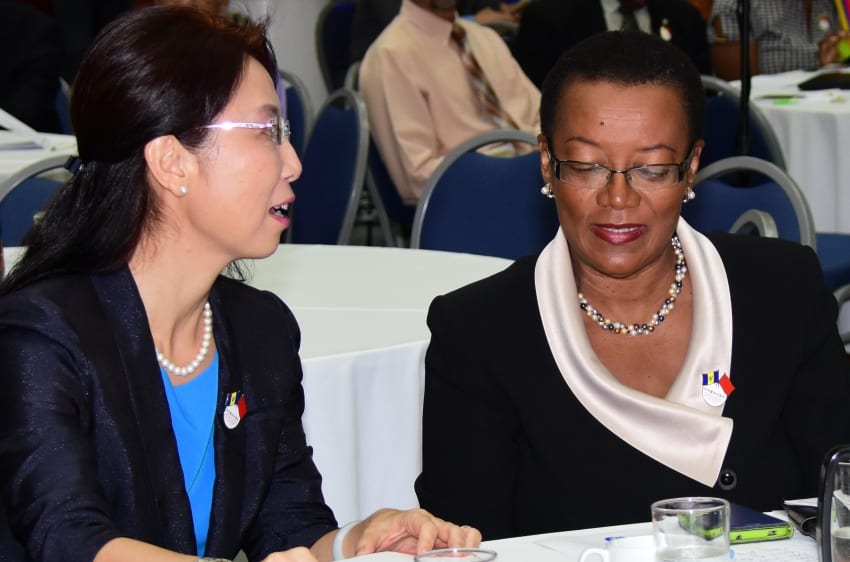 Relations between Barbados and the People’s Republic of China have been very productive over the years, yet there is scope for even greater cooperation, says Minister of Foreign Affairs and Foreign Trade, Senator Maxine McClean.

She was speaking at the Lloyd Erskine Sandiford Centre this morning at the opening ceremony of Celebrating Forty Years of Diplomatic Relations: Achievements, Opportunities and Strategies, a forum celebrating 40 years of bilateral relations between Barbados and China.

“The relationship between Barbados and China is one based on trust, cooperation, mutual respect and binding friendship.

Together, we have been pursuing a path which deepens cooperation and promotes greater understanding between our people…and we look forward to the next 40 years and beyond in our expanding relationship,” she stated.

Senator McClean maintained that there was no doubt of the “steadfastness and confidence” of the bond between Barbados and China, as they have moved to strengthen the relationship through mutually beneficial bilateral cooperation in the infrastructural, economic and social spheres.

“China has proven to be a reliable partner for Barbados, having assisted in the funding of numerous development projects, including the construction and refurbishment of some of this country’s most visible landmarks,” she said, making reference to the Garfield Sobers Gymnasium, Cheapside Market and Elsie Payne Complex, among others. 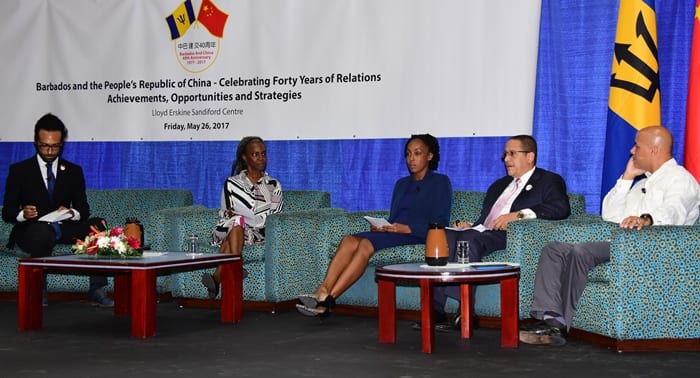 The Minister of Foreign Affairs also mentioned several instruments accrued over the course of the 40-year relationship that seek to benefit Barbadians and Chinese in areas of strategic importance, including agriculture, cultural industries business and investment.

“Barbados remains one of the very first Caribbean countries that established diplomatic ties with China. …China has always taken Barbados as a critical partner in the region and maintains regular relations with each and every Barbadian government since 1977,” she observed.

The Ambassador added that China “highly appreciates” that Barbadian governments have remained committed to adhering to the One China Policy.

Barbados and China established diplomatic relations on May 30, 1977, 11 years after Barbados obtained Independence.