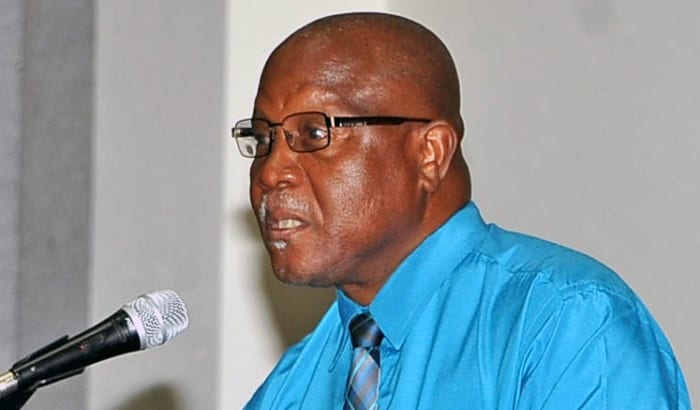 Although the Labour Department has not been overwhelmed with reports of sexual harassment, the Acting Chief Labour Officer, Victor Felix, is urging all victims to come forward and make a report.

He made this appeal recently while speaking to reporters on the sidelines of the Labour Department’s final Labour Management Relations Seminar in the Warrens Office Complex.

The top labour official noted that with the Sexual Harassment Legislation, the Department had been receiving requests from employers seeking assistance in completing their workplace policies and requests for more information on the legislation.

“There are ample provisions in the Act as well as other supporting legislation to say to people that they can be reassured that if they have an issue in the workplace, that they should feel free to come forward and have it addressed. The good thing about the legislation is that persons must keep the information confidential so the issue of spreading a person’s name in the workplace cannot be tolerated under the legislation,” Mr. Felix underlined.

He continued: “If you have an issue, it will be addressed and both the Chief Labour Officer and the Employment Rights Tribunal are open to a range of remedies.  Maybe sometimes a simple apology might be helpful or sometimes you may have to approach it from a greater level of discipline and persons should feel that their matter will be appropriately addressed.”

He described the workshops hosted by the Department as a proactive way in seeking to put information in the public domain so that persons are in a better position to make decisions and informed judgements.