Volunteers To Benefit From Tradewinds 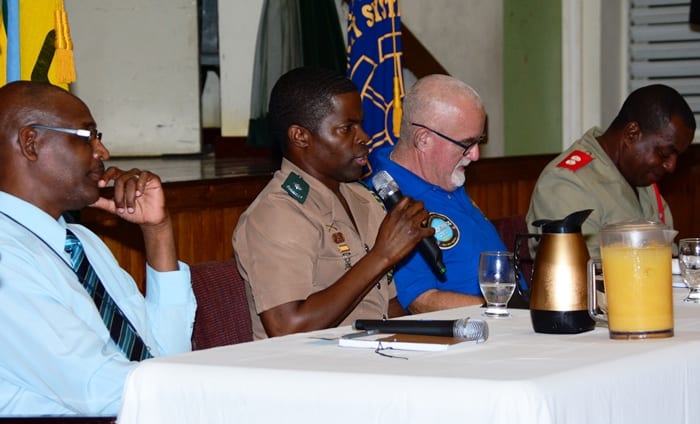 Volunteers in Exercise Tradewinds 2017 will not be going away empty handed.

That’s because each person will have an opportunity to participate in basic first aid and disaster management training at the conclusion of the exercise.

This was disclosed by Host Nation Co-Director, Major Carlos Lovell, during the first of two town hall meetings held to create awareness and encourage persons to sign-up as volunteers for the exercise, which comes off from June 6 to 12.

He stated that the Barbados Defence Force (BDF), the Barbados Fire Service (BFS) and the Department of Emergency Management (DEM) had each committed to provide training in basic first aid and disaster management for each volunteer who gives of his or her time to help this exercise to be a success.

“We believe that providing average citizens with the knowledge and tools to survive in the aftermath of a disaster would strengthen our national response should we fall victim to the worst of what Mother Nature has to offer,” he said.

He added that success in Exercise Tradewinds would contribute greatly to enhancing the safety and security throughout the region.

Consultant with the DEM, Major David Bincks, also reminded those present that emergency management practitioners could only get to the level required through training.

It is for that reason, he stated, that the Exercise Tradewinds 2017 Secretariat was looking for people to play the victims. “The disaster aspect of this exercise would be testing Barbados’ first responders to the highest level we can take them to without having an actual disaster,” he said. 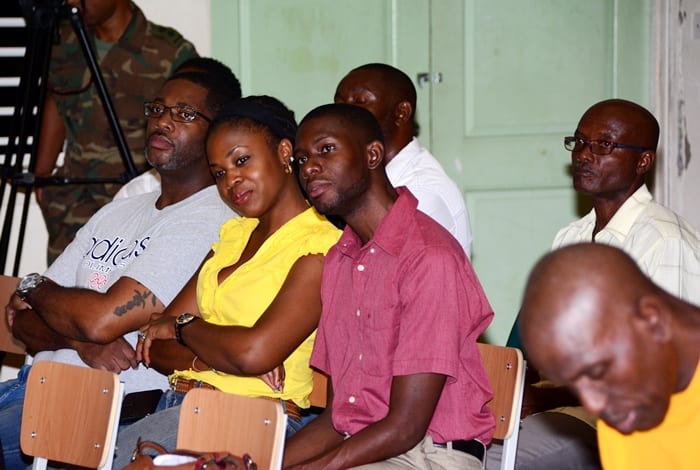 Members of the audience at the Exercise Tradewinds town hall meeting at the Lester Vaughan School yesterday. (C.Pitt/BGIS)

The Consultant noted that entities such as the BFS, the Royal Barbados Police Force, BDF, Barbados Ambulance Service and Queen Elizabeth Hospital, could only get to the required level to respond to something through training.

“For us to test these people we need you to come and offer your services and role play in the scenarios we are planning for these agencies,” Major Bincks said, noting they were simply looking for people to play victims.

“I encourage you to sign-up to volunteer so you can give the first responders a run for their money,” he said.

He stressed that volunteering for activities such as Exercise Tradewinds allowed persons to help themselves, their country and regional and international visitors.

In addition, Major Bincks said the volunteers trained at the end of the exercise would be of further benefit to their workplaces and communities in the long term, through the provision of first aid and in the area of disaster management.

Exercise Tradewinds is the largest regional, multi-agency, multinational security and disaster management exercise held in the Caribbean, in partnership with the United States of America.

This year’s exercise is designed to improve cooperation and inter-operability of our partner nations to respond to the broad spectrum of Caribbean security threats.