Volunteers To Get An Inside Look 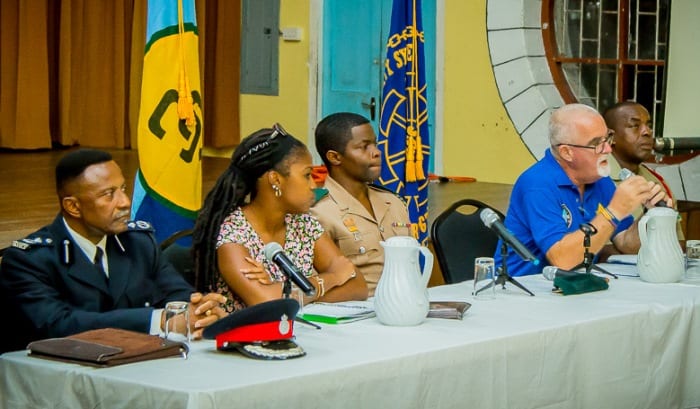 Persons volunteering for Exercise TRADEWINDS 2017 will get an inside look at what happens and how victims are treated during a real emergency.

This is according to Consultant with the Department of Emergency Management, Major David Bincks, who told potential volunteers attending a town hall meeting at the Princess Margaret Secondary School last night how they could be a part of the process.

Major Binks said that the process gave first responders the chance to see the injuries that could be incurred in the type of scenarios that would be staged during the exercise.

He stressed that volunteers played a critical part in the process of training first responders to a level where they would be able to respond to a real emergency. 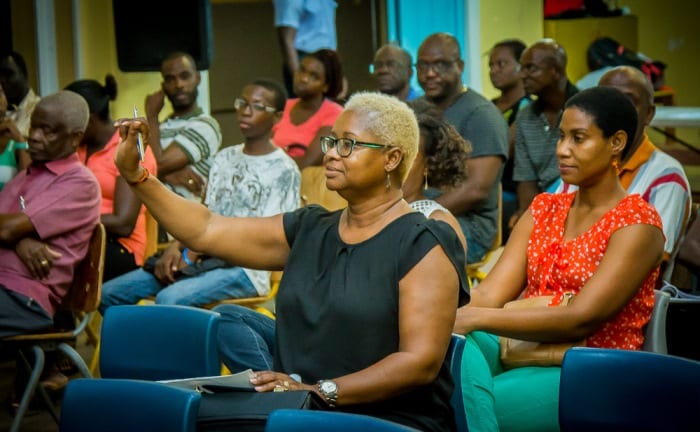 A member of the audience prepares to ask a question during the second town hall meeting on Exercise Tradewinds 2017 at the Princess Margaret Secondary School last night. (Photo credit: Tradewinds Secretariat)

In response to questions from the public about the psychological impact the exercise may have on participants, Exercise TRADEWINDS 2017 Host Nation Co-Director, Major Carlos Lovell, gave the assurance that trained counsellors would be present.

“During the course of the exercise, we will have all of the infrastructure in place that we would normally have for an actual disaster. Part of that apparatus would involve counsellor services provided by trained personnel.

“We have a pastoral team from the Barbados Defence Force which would be augmented by other members of the clergy from around the region and the United States. In addition, [we have] some trained counsellors who are required in the aftermath of a disaster to provide counsellor services to victims and also for some of the members of the emergency response agencies who themselves may be traumatised by what they see in the impact zone,” he pointed out.

Station Officer with the Barbados Fire Service, Henderson Patrick, stressed that volunteers would not be placed in a position where their health or safety would be compromised.

He was supported in this view by Assistant Commissioner of Police, William Yearwood, who noted that police would be present to ensure that volunteers operated within a safe environment.