Wages Board Soon To Be Established 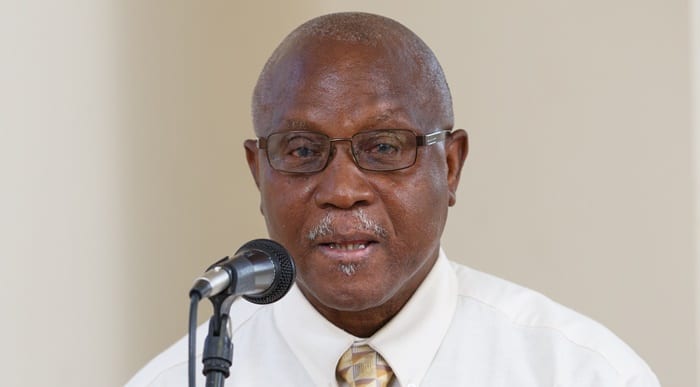 Government is in the process of establishing a Wages Board to look at regulating wages for categories of workers, especially those involved in security operations, and daycare and elderly care facilities.

Acting Chief Labour Officer, Victor Felix, expressed optimism that the entity could be established before year-end, while speaking to reporters after delivering remarks at his department’s Labour Management Relations seminar, which was held today at the Warrens Office Complex.

Mr. Felix pointed out that the Board’s functions would involve setting minimum wages and standards for employment, such as hours of work and determining the payment of overtime for workers.  Additionally, the Board would be tri-partite in structure, and will comprise representatives of government, employers, and employees.

The Chief Labour Officer noted that the Minimum Wages Act, which was recently passed in Parliament, was not an Act that sets minimum wages, but “what it does is set out the mechanism through which minimum wages will be set”.

“The legislation is now in place; it is now for the appropriate body, which is the Wages Board to be appointed, and they will in turn look at various sectors [relating to how] wages and standards for employment should be set,” Mr. Felix pointed out.

He contended that although the legislation had been passed, it was not fully operational, and when the Board came on stream, the impact of its work would be known.

The Chief Labour Officer said once established, the Board would stick to the national inclination to move for sectoral minimum wages, in light of some areas which are in need of a serious examination.

Mr. Felix singled out security personnel and the unacceptable standards under which they operate.  He also disclosed that the Labour Department had received reports about employees working in day care, elderly and children care facilities.

He added that the Board would investigate the conditions in other sectors as required.