Former students readily describe educator Ada Straughn as the “Head Mistress of Head Mistresses”, “a potent figure” in the shaping of their identity who set a “fine example” by her leadership.

Others add that she has fulfilled the words in the 1967 classic film and song, “To Sir With Love”, since she has “taken them from crayons to perfume”, as well as taught them “right from wrong”, and their repayment has been to excel in whatever field of endeavour they have chosen across the world.

The love and profound respect past students have for Mrs. Straughn is evident as they speak about her with fondness and in glowing terms. In turn, the retired principal’s deep love for her former charges and her passion for shaping their minds are unmistakable.

It is not surprising that this gentle but firm educator joined the ranks of teaching since her grandmother, mother, brother and older sister were all teachers. She points out that love for teaching is “in the blood” of her family because they like to “transmit knowledge”.

During her childhood, Mrs. Straughn, formerly Gollop, resided in St. David’s, Christ Church, a district she described as close knit, “a lovely little village”, where children showed tremendous respect to their seniors.

She attended the Vauxhall Mixed School and later won a bursary scholarship to St. Michael’s Girls’ School. She explained that 31 students received the bursaries and that was extremely important at the time because parents could not pay the school fees even though they only cost $8 per term. She noted that sum of money was very hard to come by, because people did not work for a lot of money back then.

She thoroughly enjoyed her years at that educational institution and continues to sing its praises today. “My experience at St. Michael’s Girls’ School was one of the happiest and one of the most productive of my life, and I think most of us who went there then would say the same thing because if you learnt one thing it would be discipline. It was a very disciplined school and we had some good teachers,” she recalled. 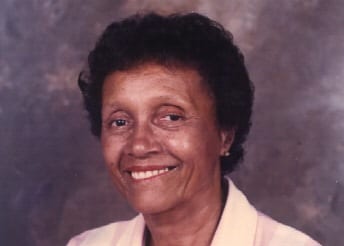 Ada Straughn began her teaching career at The Alexandra School in 1946. (GP)

When Mrs. Straughn completed her secondary education, she went to The Alexandra School; wrote the teachers’ exam; and was appointed to the staff there from January to August 1946. She was one of the first two coloured teachers appointed to teach there, and, according to her, that small staff was like a little family. “Teaching there was a very good experience,” she explained.

She went on to teach at St. Michael’s Girls’ School from September 1946 to August 1955. In 1955, she married prominent Barbadian, Glenroy Straughn, and later left for Aruba where she taught privately until 1956.

When she returned to Barbados, she concentrated on rearing her young sons. She resumed her teaching career in January 1959, at Alexandra School, where she was eventually appointed Deputy Headmistress in September 1978, and Principal in January 1981. She retired from that institution in July 1986.

Mrs. Straughn also attended the Erdiston Teachers’ Training College in Barbados and the Edge Hill College of Higher Education in Great Britain, where she obtained an Advanced Diploma in Counselling, Guidance and Careers Work. She later received a Bachelor of Science degree from the University of the West Indies, Cave Hill Campus.

After receiving the diploma, she put that knowledge to good use, beginning a guidance programme at Alexandra School, where she continued working with the children even after her retirement.

“The guidance programme went beyond here (Alexandra) because I took it to the [Barbados] Community College…. We decided that the children, when they were ready to leave school at age 16, 17 or 18, were not ready for the world of work. We said we would have to start something that would put them in that light, that they would get a little more education about what life was all about.

“We set up a programme for them, especially for some of them who still had another year at school. We allowed them to stay and then they got their guidance and counselling, as much as we could give, and they were very grateful for it, they and their parents,” she disclosed.

Mrs. Straughn has also been a resource person for courses in Guidance/Counselling and Guidance programmes organised by the Ministry of Education over the years. She is also a founder member of the Guidance Association, and a former committee member of the Caribbean Society of Education Administrators, playing an active role in all of that organisation’s activities.

For her outstanding service to education, she recently received the Barbados Jubilee Honour, which was given to 50 Barbadians for their contribution to the development of the country. In 1986, she was awarded the Gold Crown of Merit for Meritorious Service to Education in the National Honours for Independence Day.

She was also an independent Senator from 1991 to 1994, richly contributing to the robust debates on education in the Upper Chamber.

Mrs. Straughn has also been involved with various charitable organisations across the island. She has been presented with several awards, including the National Volunteer Award for a lifetime of voluntary contribution to the upliftment of the People of Barbados; the Citizen of the Year Award in 1991; and the Clement Payne National Hero Award in 2008 for Outstanding Service to the People of Barbados.

Her extra-curricular, co-curricular and other interests are vast, among them being an active member of the Mothers’ Union, from which she received a 50-year Membership Award.

Church has always been an important part of this God-fearing 90-year-old woman’s life. She previously attended the Good Shepherd Church for several years and has spent the last four decades at the St. Leonard’s Anglican Church, where she has been a Eucharistic Minister for the past 23 years.

Mrs. Straughn continues to surround herself with young people, or as she joked, “they are around me”. Her joy comes from contributing to the growth and development of people, especially the youth.

Her interest in the education system has not ended because of retirement, but rather, she keenly follows up the changes. That is why she is able to state authoritatively that “technology has revolutionalised the world and its impact on education is great”.

According to the retired principal, changes are not easily accepted. However, she holds the firm view that when it comes to technology, you have to adjust to it.

She pointed out that technology has done “wonders” for the world and children love it, while even priests use it in the delivery of their sermons.

Mrs. Straughn advised those entering the teaching profession to be committed to it. “If you are going to be a teacher, you have got to do some work before hand and when you are there [in the profession] you have got to look for all of the  opportunities that are open for you to improve your academic and professional development. That growth is vital to teaching because teachers are exemplars….

“It is not just working for a salary and looking for a vacation, not if you are going to be a real teacher because you are watched and you have the whole world before you that you are bringing up…. Teaching is not easy, has never been; and now with the competition [technology] that there is and what you have got to do to keep up with it, you have got to really want to be a teacher,” she stressed. 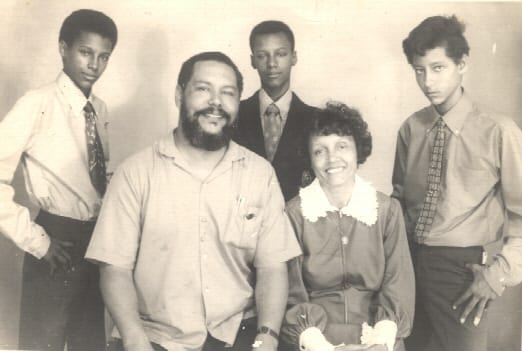 Today, Ada Straughn’s schedule is still as busy as when she was employed full-time. “If you see the number of things I have done, the number of courses I have run and have been involved in and the extra-curricular activities as well, it would fill a book and those were [only] after retirement,” she quipped.

It is clear that this feisty educator, who has given her life and love to teaching, has contributed significantly to the education system in Barbados and many, especially her former students, are greatly appreciative of all her hard work.