Weekly Brazil Service To Be Suspended 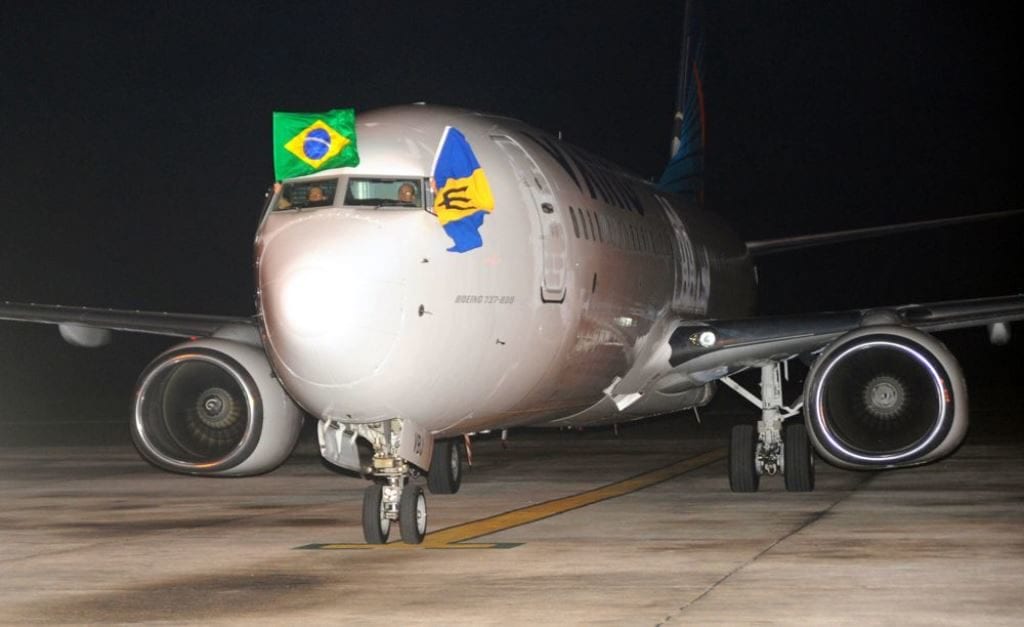 Weekly direct flights from Sao Paulo, Brazil, to Barbados will be suspended from Sunday, August 28.

In a statement issued on Wednesday, the Barbados Tourism Marketing Inc. (BTMI) announced that the service would be put on hold following a recent meeting between Barbados’ tourism marketing team, led by Minister of Tourism and International Transport, Richard Sealy, and executives from the Brazilian-based GOL airlines.

According to the BTMI, Minister Sealy emphasised that it was a mutual decision to postpone the service, as bookings continue to be relatively strong in the lead up to the 2016 Olympic Games in Rio de Janeiro. It added that the Minister remained optimistic about the market in Latin America.

“We remain optimistic that Brazil and, by extension, Latin America, is a market with a bright future, and I have made this clear to the GOL leadership. The deferment is, therefore, a chance to refocus and regroup in order that we can continue to develop this very promising market,” the Minister stated.

The BTMI quoted Chief Commercial Officer for GOL, Eduardo Bernardes Neto, as stating: “The airline has made some tough decisions in the past several months, including reducing frequencies to several of its top destinations [but] despite the difficult Brazilian political-economic scenario, GOL still believes in Barbados’ market potential.”

Mr. Neto also added that he believed that the service could be regularised in the not too distant future, as Barbados remained an attractive destination for Brazilian travellers. “Notwithstanding the challenges we are facing currently, Barbados is still a desirable destination for our customers and we hope to resume our service in the near future,” he said.

GOL began its service to Barbados in 2010, and since then, 26,766 persons have visited the island.