Weir: Encouraged By Youth In Agriculture 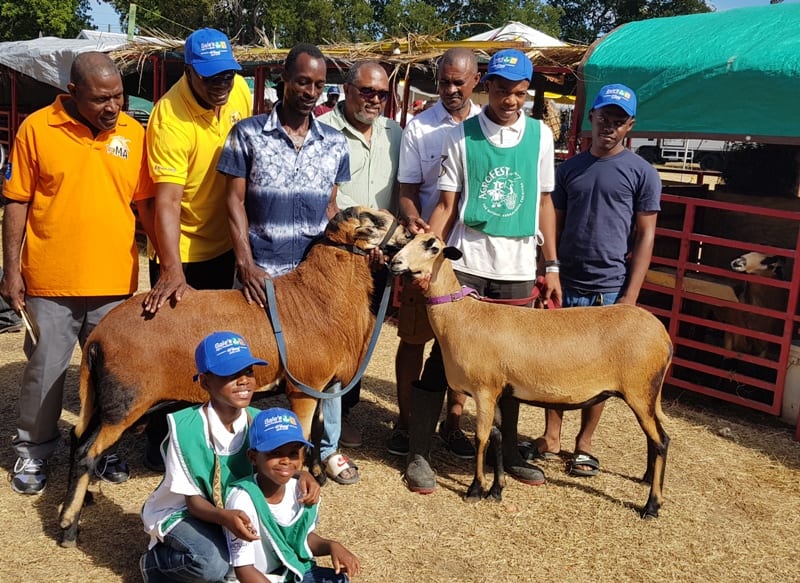 Minister of Agriculture and Food Security, Indar Weir, poses with youth volunteers at this year’s Agrofest. (A. Reid/BGIS)

Minister of Agriculture and Food Security, Indar Weir, sees the future of agriculture in Barbados as being bright with young people being involved in this sector.

He expressed this view on Sunday, after touring the exhibits on display at this year’s Agrofest, held at Queen’s Park, St. Michael.

“I am indeed very encouraged to see so many young people involved in farming and what you have today, is a good example of where agriculture can go in Barbados and what the future of Barbados and its economy will be depending on, in order to help us rebuild and restructure this economy.

Minister Weir stated that Government might not be in a position to readily offer financial assistance to young people, but that there were support mechanisms in place at the Ministry to assist youth who are interested in agriculture.  He said training was provided through seminars on areas such as livestock rearing, bookkeeping, climate change, proper use of pesticides and their disposal.

The Minister congratulated the Chief Executive Officer, James Paul, and his team at the Barbados Agricultural Society for “pulling off a very successful Agrofest”.   The theme for this year was ‘Full We Pocket, Eat Local’.