Wildey Gymnasium Out of Bounds 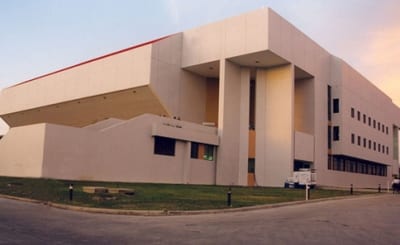 Members of the public have been urged to obey the restrictions placed on the use of the Wildey Gymnasium and its environs.

In a statement released today, the Ministry of Culture, Sports and Youth said that the Gymnasium and its immediate environs have been declared an “out of bounds construction zone”.

It explained that some persons had been ignoring the signage and barricades erected in order to use the car park and other areas to conduct their fitness routines.

“While the Gymnasium is undergoing refurbishment, it is a construction zone. As a result, for the safety of the public, access to the Gymnasium and its immediate environs, the eastern car parks and the basketball courts is strictly prohibited until further notice. All other areas of the complex remain available for use,” the Ministry stated.

The $19 million renovation project, which is being funded by the People’s Republic of China, will see the Gymnasium receive an overall facelift. It will also be outfitted with a photovoltaic system, security cameras, new bathroom facilities and new doors. In addition, 54 street lights will be erected outside of the building to improve night-time visibility and ease safety concerns.