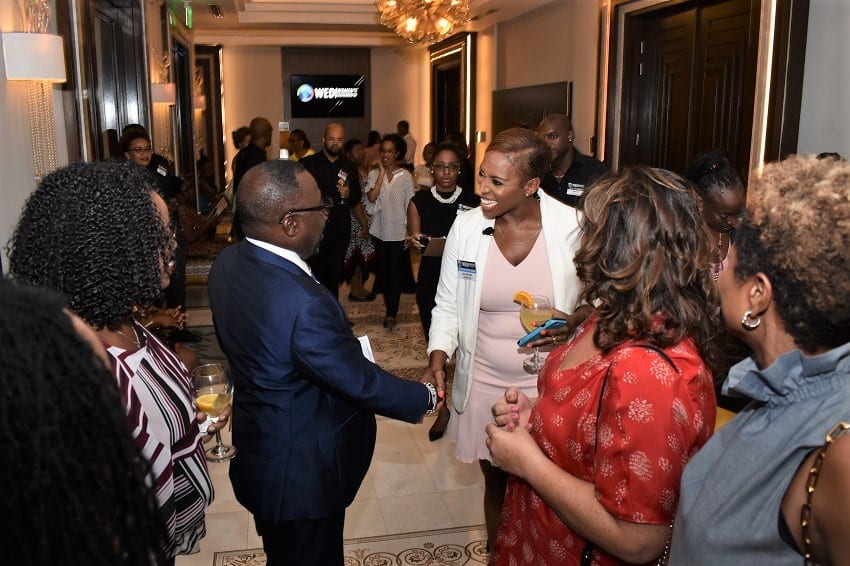 Barbadian women who are affiliates of the Women’s Entrepreneurship Day Organization (WEDO) have been praised for their commitment to promoting entrepreneurship among women and promoting women in general.

“Your visible impact is of global proportions,” Minister Sutherland said, as he acknowledged the organization’s global reach spanned 144 countries and 65 universities; impacted females at both the community and country level and was recognized for its role in assisting 500 Syrian refugee girls with educational opportunities.

Alluding to the fact that there were 256 female billionaires on the Forbes List, the Commerce Minister told WEDO members present: “There is no reason why the next successful female entrepreneur or entrepreneurs should not emanate from among this gathering…. I look forward one day to seeing the name of at least one female who is present this evening in the pages of Forbes magazine.”

Ambassador of WEDO, Harriette Skeete, in outlining the role of the non-governmental organisation, said it was launched in 2003 by social entrepreneur and humanitarian, Wendy Diamond and focuses on empowering, celebrating and supporting women in business worldwide.

She said: “Women’s Entrepreneurship Day works globally to empower women and girls to become active participants in the economy by igniting a network of women leaders. We are looking for innovators, entrepreneurs to initiate start-ups, drive economic expansion and advance communities around the world.

“In order to achieve this ambitious goal, Women’s Entrepreneurship Day builds and catalyzes the vital networks of like-minded individuals and organizations that women business leaders need in order to realise their full potential and change the world.”

Adding that Women’s Entrepreneurship Day is celebrated at the United Nations, she stressed: “When women are elevated financially communities and countries prosper; it builds a global blue print to help to alleviate poverty.”