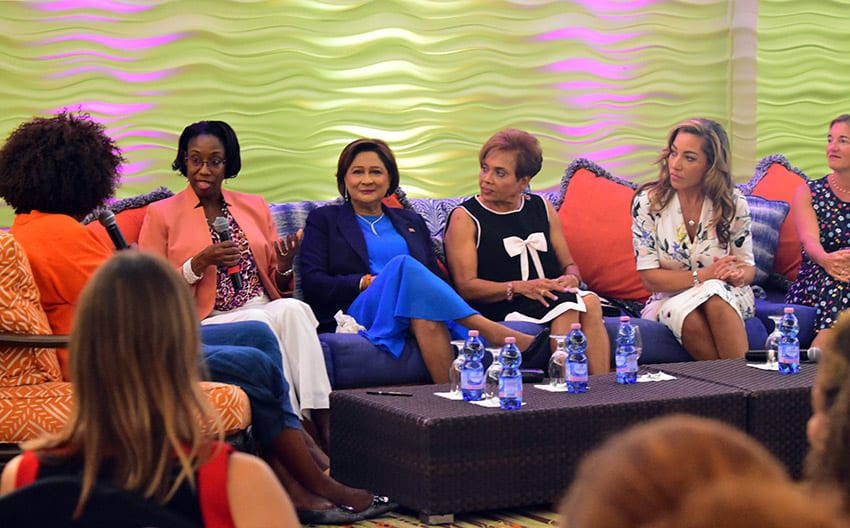 Prime Minister Mia Amor Mottley has called on women to remain focused and not be distracted by negative comments made about them.

Ms. Mottley made the comments on International Women’s Day last Friday night, at the Her Story: Journeys to Greatness, at Radisson Aquatica.

The Prime Minister said there would be distractions, with people spreading misinformation and even lies.  “It just becomes titillating or interesting for people to say what they want.  But once again I learnt early that you don’t lease out space in your head for nobody.  You don’t lease out the space….

She noted that people might try several times and fail, but urged them not to give up, saying that in a moment they could still succeed.

Ms. Mottley thanked the women for being so frank in sharing their stories, stating that how people navigate the pathway was an inspiration to others.

“One of the things that has always bothered me is how do we create that platform for sharing and for support.  A lot of people have gotten on the train, but there are a lot more still to get on and I see it daily. Kamla is so right that in almost everything we do there will be challenges, but a couple of things are universal – confidence, determination and family support,” she said.

She opined that there were many young women who had doubts, but needed to know that they could make it. “They need to know that we had doubts too and that you don’t suddenly turn off the tap of doubts, but you learn to manage fear and manage doubt,” the Prime Minister insisted.

Her Story: Journeys to Greatness, was hosted by the American Chamber of Commerce for Barbados and the Eastern Caribbean, which is a non-profit organization.