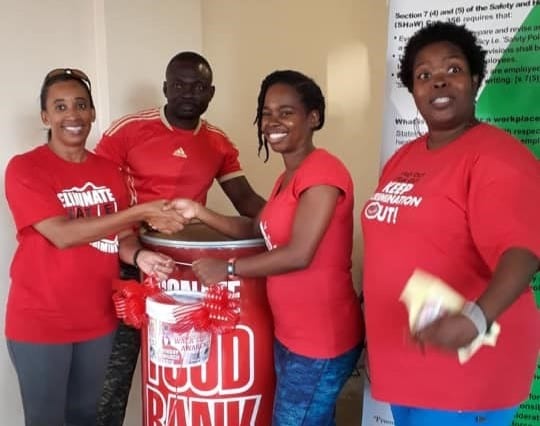 Over the past decade, the Labour Department has been actively raising HIV awareness and advocating for the protection of the rights of workers, including those living with HIV and other life threatening illnesses.

Recently, the department, which falls under the Ministry of Labour and Social Partnership Relations, marked this significant milestone by collaborating with the Barbados Defence Force to host a 5K ‘Walk for HIV Awareness’.

Walkers were asked to bring non-perishable items or donations for contribution to the HIV Food Bank.  In addition to the patrons of the walk, special contributions were made by the Management of the Nation Publishing Company Ltd., as well as the staff at Promotech Inc and the Warrens Office Complex.

According to an official at the Labour Department, the walk was successful, and attracted over 400 registered participants, who were able to share information and from whom they received feedback.

While thanking both public and private sector entities for assisting, the organizers said: “HIV in the workplace is a pertinent issue affecting the very fabric of our working population.  It is therefore imperative that activities are held to raise awareness about HIV in the labour force. The Labour Department would wish to encourage persons to continue to donate to the HIV Food Bank.”