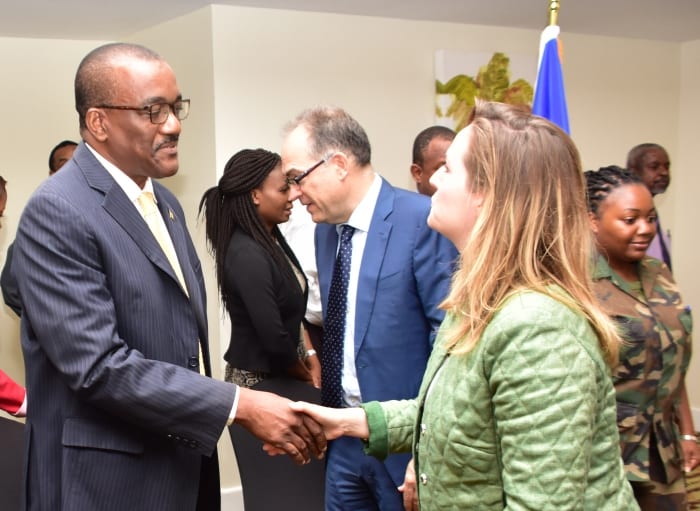 Health and Wellness Minister, Lieutenant Colonel Jeffrey Bostic, has described a regional workshop on radiological and nuclear emergencies which opened in Barbados today as “timely”.

In his first public engagement since taking up the portfolio, the Minister said that the workshop was important as regional states strove to improve their core capacities in relation to the International Health Regulations (IHR 2005) and radiation emergencies.

He noted that the region had scored poorly, according to the World Health Organization’s IHR monitoring tool, for “capacity to detect and respond to radiological and nuclear emergencies that may constitute a public health event of national or international concern”.

He told participants that the training provided an opportunity for them, and, by extension, the region, to improve their skills in responding to such emergencies.

The regional training course, taking place at the Radisson Aquatica Resort, is being sponsored by the International Atomic Energy Agency (IAEA) and the Pan American Health Organization, in association with the Caribbean Disaster Emergency Management Agency.

Lieutenant Colonel Bostic said that the IAEA, cognisant of the burden that the region’s healthcare systems faced from non-communicable diseases such as cancer, had embarked on a four-year project to help Caribbean countries improve the delivery of radiation medicine services. This course, designed for first responders to a radiological emergency, formed part of that project, he added.

In addition, he observed, the IAEA also helped to maintain and strengthen effective emergency preparedness and response capabilities on a national and international level. These activities included developing safety standards, guidelines and technical tools, as well as assisting member states in building capacity for emergency response.

The Health and Wellness Minister advised: “It is in the region’s best interest, therefore, that we avail ourselves of the technical cooperation offered by the IAEA to assist with incorporating international guidelines and best practices into legislation and policies for radiation safety and security.”