WorldSkills Barbados Winners To Be Revealed 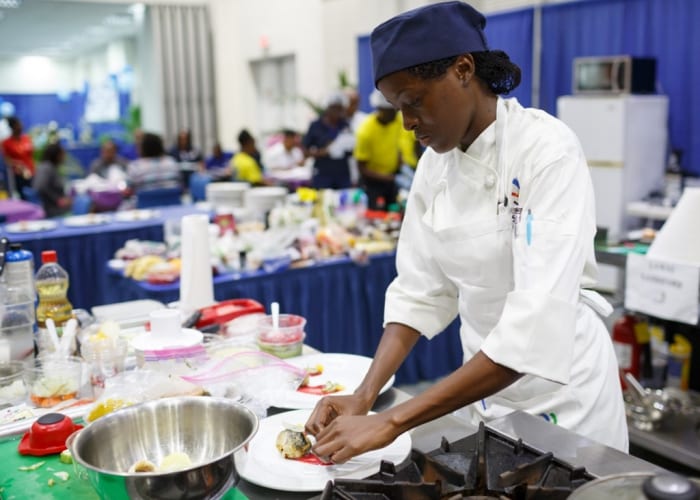 The winners of the WorldSkills Barbados 2018 Competition will be revealed tomorrow, Friday, July 6, at a Closing/Awards Ceremony to be held at the Lloyd Erskine Sandiford Centre, Two Mile Hill, St. Michael, at 4:00 p.m. Minister of Education, Technological and Vocational Training, Santia Bradshaw, will deliver remarks at the ceremony.

Nearly 40 students, including four competitors and one reserve per skill area, went through to the finals of the fourth biennial WorldSkills Barbados Competition, which was held during BMEX 2018 in May.

Three private training institutions – the Career Development Institute, Nikita’s School of Cosmetology and the Caribbean Cosmetology Academy, also took part in the preliminaries, which were held in February this year.

Following the preliminaries, finalists underwent months of additional training both in their technical and soft skills, the latter of which comprised a Competitors Developmental Programme that was conducted by the Barbados Employers’ Confederation in collaboration with the TVET Council.

The competitors are vying for gold, silver and bronze medals in their respective skill areas, as well as Medallions for Excellence, which are awarded to competitors who do not medal but have achieved the WorldSkills standards of excellence.