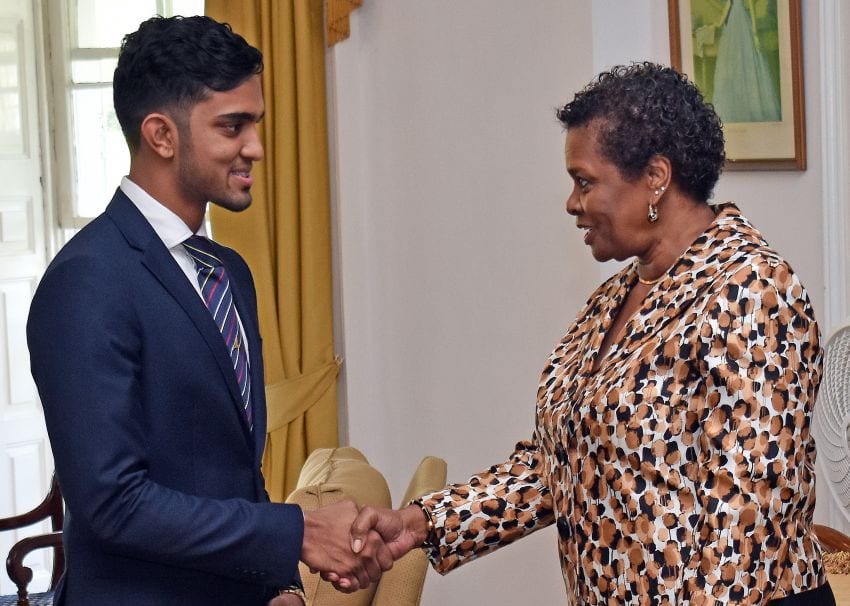 However, his selection by a committee on Tuesday, chaired by Governor-General Dame Sandra Mason, was not just a victory for the twin-island republic but also for Barbados and Guyana. Mr. Deyal was born in Barbados, where he spent the first year of his life, to a Trinidadian father and Guyanese mother. They later relocated to Trinidad and Tobago, where he grew up.

Dubbed by Dame Sandra as “the consummate Caribbean person”, Mr. Deyal was selected over nine other candidates after a rigorous interview process. He currently works as an Economics Research Assistant with the Inter-American Development Bank in Trinidad and Tobago.  He is also studying two master degrees – one in Economics for Development and the other in Financial Economics.

The economist was elated at being announced the most recent Rhodes Scholar. “I feel very honoured. It is an amazing privilege to represent the Rhodes Association. I am really grateful and blessed for this opportunity. My overall aim is to develop the economies in the Caribbean so that we may sustain ourselves and not have to rely on overseas aid.

Commonwealth Caribbean Secretary to the Rhodes Trust, Peter Goldstein, who is in charge of the selection process in Barbados and Jamaica, said Mr. Deyal stood out from among the other candidates who were all “brilliant” in their own right.

“It was a very rigorous process. We had interviews that lasted anywhere from 20 to 35 minutes where the committee asked the candidate about everything under the sun; their academic profile, their leadership qualities, their interest in helping the poor because a Rhodes Scholar should be someone who is fighting the world’s fight, someone who is going to make a difference in the world.

“After speaking to these amazingly brilliant and inspiring students, we made the selection of Mr. Zubin Deyal. He is the youngest candidate…but we think he will make an outstanding contribution to the Caribbean,” he explained.