Zero Tolerance To Violence In Schools 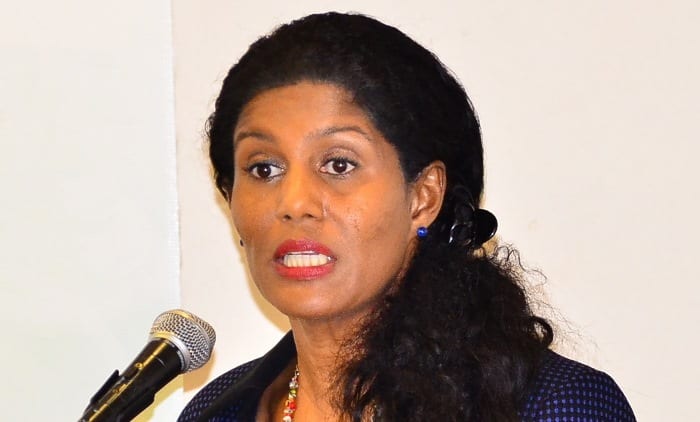 This island’s Minister of Labour, Senator Dr. Esther Byer Suckoo, supports the call for zero tolerance to violence in schools.

She voiced her support today, when she delivered the feature address at the Barbados Union of Teachers’ 44th Annual General Conference, at Almond Bay Conference Centre, Hastings, Christ Church.

Dr. Byer Suckoo told her audience: “We have a vested interest in our schools being safe…. I will certainly support your calls in ensuring…that dialogue with the Ministry [of Education], so our schools…teachers, staff and students are safe.…

“We may be trying to turn back the hands of time, but we just can’t sit back and do nothing…. We have to continue trying and leave no stone unturned as we address that problem [of violence in schools].”

Pointing out that violence in schools was also being seen globally, she stressed that stakeholders here must work together to devise a means of ensuring that schools were safe.

Senator Dr. Byer Suckoo noted that Government had introduced pieces of legislation over the years, including the Sexual Harassment Prevention Act, the Employment Rights Act, and the Shops Act, as well as proclaimed the Safety and Health at Work Act, to ensure workers could feel safe and protected at their workplaces.

The Minister said before the Health and Safety at Work Act was proclaimed, a sample survey was undertaken on Government-owned and occupied buildings, including schools. She explained that after the list was compiled, officials set about to do corrective work on some of the institutions, with major renovations being undertaken on schools.

She added that new accommodations were built for some Government workers, while others had been relocated to other buildings.