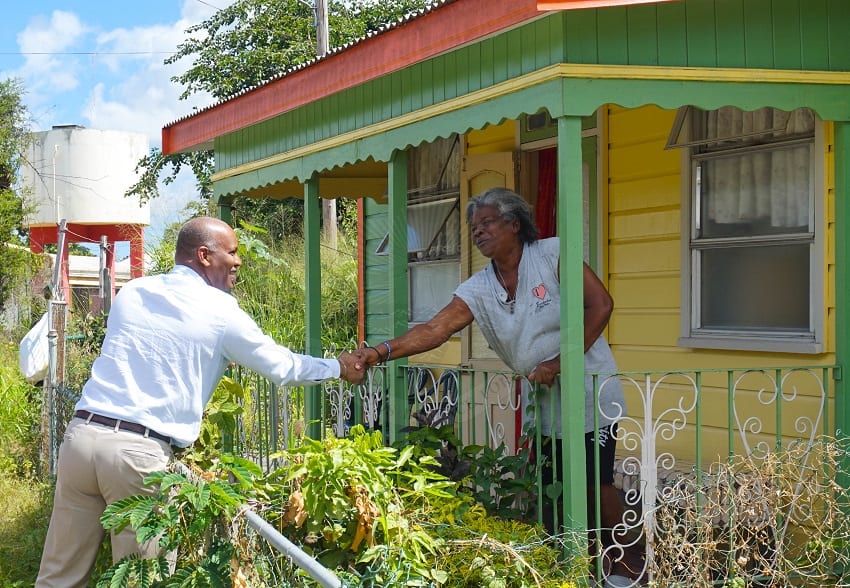 Residents living in crime “hot spots” across Barbados have been assured that Government and the Royal Barbados Police Force are doing everything possible to ensure their safety and protection.

This assurance came from Attorney General, Dale Marshall, moments before touring the New Orleans and Chapman Lane districts in Bridgetown.

He was accompanied by Minister of Maritime Affairs and the Blue Economy, Kirk Humphrey; Commissioner of Police, Tyrone Griffith; Chief of Staff of the Barbados Defence Force, Colonel Glyne Grannum, and other members of the Police High Command.

Speaking during a media briefing at Police Headquarters prior to the tour, Mr. Marshall said: “I hope to bring assurance to those individuals in troubled areas that we are on the job and we are going to turn things around. That assurance is also extended to the rest of Barbados.”

He stressed that it was important for those living in troubled areas to know that they were valued as part of the Barbadian community and that everything was being done to ensure their safety and that of their children.

However, at the same time, the Attorney General cautioned that there was no “quick fix” to the problem. Rather, he said, Government recognized that the issues being faced could not be tackled solely by the police but required the involvement of other agencies, such as the Community Development Department.

“I am seeing areas which have nothing to do with policing. The Government is going to have to come into these areas on a sustained basis and make a serious effort at improving those conditions. [They] create an environment that is ripe for deviant behaviour,” he reasoned.

The Attorney General added that discussions were ongoing with the Minister of Culture and Sports to make community centres more accessible to community groups, as it was agreed that placing attention on communities removed the attractiveness the criminal element conveyed to young people.

At the end of the tour, Mr. Marshall also noted that residents had expressed fear of living under the present conditions and pledged to work alongside the police and Government to improve their neighbourhoods. But, he stated, that this was “only the tip of the iceberg”, as Barbadians as a whole needed to get onboard to fight the scourge.

He warned those living in districts not affected that it only took someone getting into a car and driving to another neighbourhood for the spate of violence to escalate into another community.

“This is not to panic anyone but the point has to be made that we are all in this together. All those who live in the ‘heights’ and the ‘terraces’ who feel that this is a fight for somebody else, it is as much your fight as it is for the law-abiding people who live in Bank Hall or Chapman Lane or Edey Village or Parish Land, St. George. The ones who live comfortably in their communities have the greatest amount to lose.

“I am telling you now that the country demands of all of you, your support and your commitment,” he emphasized.

To those “villains” responsible for the upsurge in gun violence, the Attorney General made it clear: “We will be watching your every move. Nothing will be allowed to slip.”