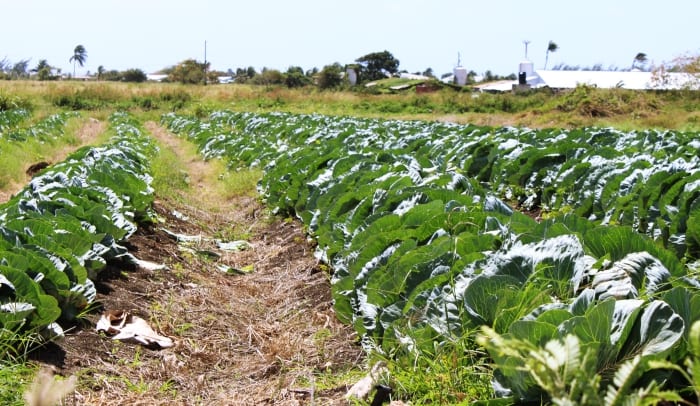 The Barbados Agricultural Development and Marketing Corporation (BADMC) has allocated lands and will be providing some land preparation skills to graduates of the Youth in Agriculture Programme (YAIP) at no cost.

Project Coordinator with the YAIP, Kareem Payne made this announcement recently while addressing the graduation and awards ceremony for the YAIP Programme at the Lloyd Erskine Sandiford Centre.

He told the audience that the lack of access to land was “a major debilitating factor for some of our students” seeking to pursue careers in agriculture and hence the services of the BADMC were engaged to assist.

Mr. Payne said the YAIP was conceptualised to curtail a number of serious issues such as food insecurity, youth unemployment and a high food import bill.

“The ultimate objective of the programme is to support entrepreneurship and innovation in agriculture not only by supporting young entrepreneurs, but also by supporting enterprising youth that have shown an interest in developing the sector.

The YAIP Project Coordinator said that based on investigations, over 60 per cent of graduates were involved in agriculture either on a part-time or full-time basis, via their own enterprises, working with other young people or graduates, working for an agricultural enterprise or on internships.

Mr. Payne further stated that the programme had seen the establishment of 15 registered businesses. He described this achievement as “progress which must be commended”.

“It is also important to note that there are a few of our graduates without registered businesses that are involved in the trading of supplying of produce to various supermarkets and restaurants…,” the YAIP Coordinator pointed out.