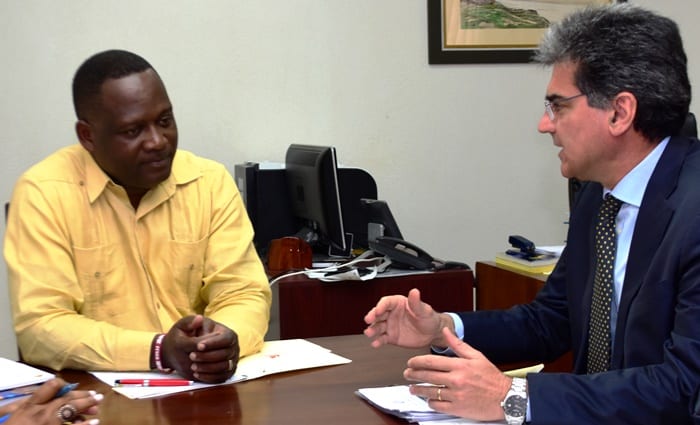 Barbados and Italy are looking to deepen relations by collaborating on a number of projects.

This was one of the points discussed when Italy’s Special Envoy for the Caribbean, Paolo Serpi, paid a courtesy call recently on Industry Minister, Donville Inniss, at his Reef Road office.

During the wide-ranging discussions, both officials identified the fashion industry, namely marketing and design, as one of the avenues for cooperation.

Another area of focus was the Blackbelly Sheep project, and both parties noted the benefits to be derived from the animal’s leather and the potential for export.

The Minister also discussed with the Special Envoy his concerns over the European Union creating another tax blacklist, and stressed that Barbados would continue to “use its voice” over this “unfair” practice.

Additionally, the possibility of Barbados and Italy entering into a Bilateral Investment Treaty; Barbados’ financial services sector; and trade relations between the two countries, also came in for discussion.