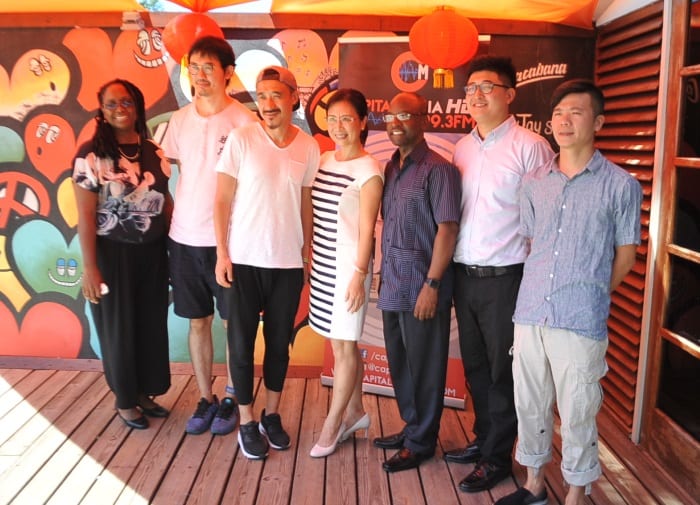 The process for local artistes working in other countries needs to be considered when Barbados enters into bilateral agreements with other nations.

Minister of Culture, Sports and Youth, Stephen Lashley, made this suggestion on Tuesday during a press launch for the BEIJING SUNSET China/Barbados DJ Exchange, at Copacabana, Bay Street, St. Michael.

Noting the importance of Barbadian cultural entrepreneurs being able to work in other countries with ease, Mr. Lashley stated that there was a need to make the issuing of work permits simpler.

“Some of the artistes have indicated to me that in some countries they have been experiencing challenges in obtaining work permits. …Part of the facilitation process, in terms of allowing our cultural entrepreneurs…to expand their horizons internationally would have to be cemented in bilateral agreements, particularly in ensuring that they  [are] able to be facilitated in a much easier manner, particularly in the area of work permits when they move across the globe,” he explained.

According to the Minister, it was an area that had to be worked on.

BEIJING SUNSET is a music event produced by the National Cultural Foundation, Copacabana and Groove Beach 246. Designed to encourage a cultural exchange of contemporary youth expressions between Barbados and China, the event will take place on Saturday, October 22.

It will also feature the fusions of deejays from Spain and Denmark.