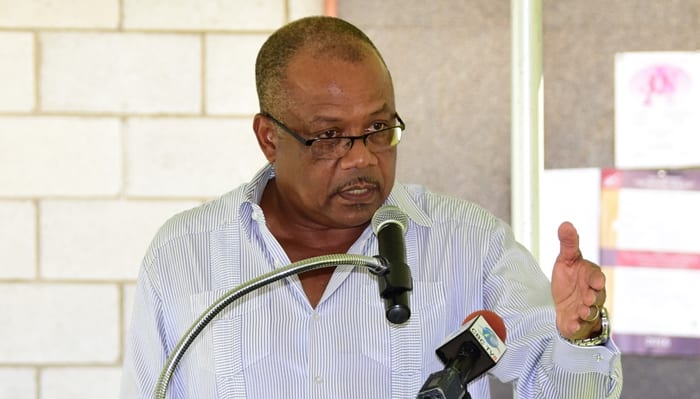 Health authorities are concerned about the level of alcohol consumption by young people in Barbados.

Health Minister John Boyce said last Friday that there was concern in health services about binge drinking by young people at parties and he specified “fluorescent vodka” as the drink of choice.

Speaking at the opening of a health fair at the Samuel Jackman Prescod Polytechnic, Mr. Boyce stressed the importance of intervening in these situations and the need for health professionals to go into the communities and parties where young people congregate to address this issue head-on.

He noted that during adolescence and early adulthood, young people were likely to take risks that might predispose them to health problems later on in life. It was at this stage that bad habits such as tobacco smoking, alcohol consumption, risky sexual behavior and substance abuse became engrained, he submitted.

The Health Minister urged: “While students are investing in their future by pursuing a course of study, which will help to shape their future outcomes, I am asking them to also invest in a healthy future by practising those behaviours that will ensure that their health remains good throughout life.”

He suggested that the possession of good health should be seen as a valuable resource, which would enable young people to take advantage of opportunities for furthering their education and pursuing other life endeavours.

“In any progressive educational environment, students should not only be exposed to the rigours of academia, but should be provided with opportunities for extra-curricular activities, such as volunteerism, physical activity and sport.”

In addition, he said, it was vital for health care practitioners to recognise the need to reach adolescents and young people through new avenues such as social media and other information technology platforms.

“Our interaction with adolescents also needs to meet them where they congregate. If young people tend to meet at malls, such as Sheraton Centre, Sky Mall, sporting venues and other social facilities, the health care providers need to intervene in these settings in order to deliver health information in a manner which is acceptable to their generation,” Mr. Boyce advised.