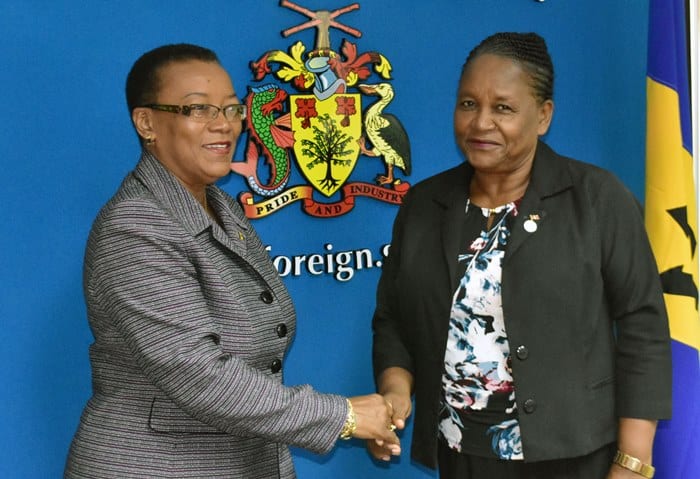 This was revealed recently by the CNO’s President, Elnora Walker, during a courtesy call on Minister of Foreign Affairs and Foreign Trade, Senator Maxine McClean.

Ms. Walker explained that the conference sought to help nurses throughout the region “retool and keep on the cutting edge of technology”.

She pointed out that the event also had “tourism potential”, as her organisation expected approximately 400 nurses and student nurses from across the region and beyond to visit the island, along with their family members and friends.

The president also noted that hosting a conference could be costly but it helped to have the host country’s support and assistance.

Senator McClean stated that her Ministry had been working keenly with the Ministry of Health following recently implemented legislation making education mandatory for specific disciplines, including nursing.

She assured Ms. Walker that the Ministry of Foreign Affairs would offer its support where possible regarding sponsorship, promotions and any other relevant guidance.

Members of the Caribbean Nurses Organization’s Board and the Barbados Nurses Association also attended the meeting.