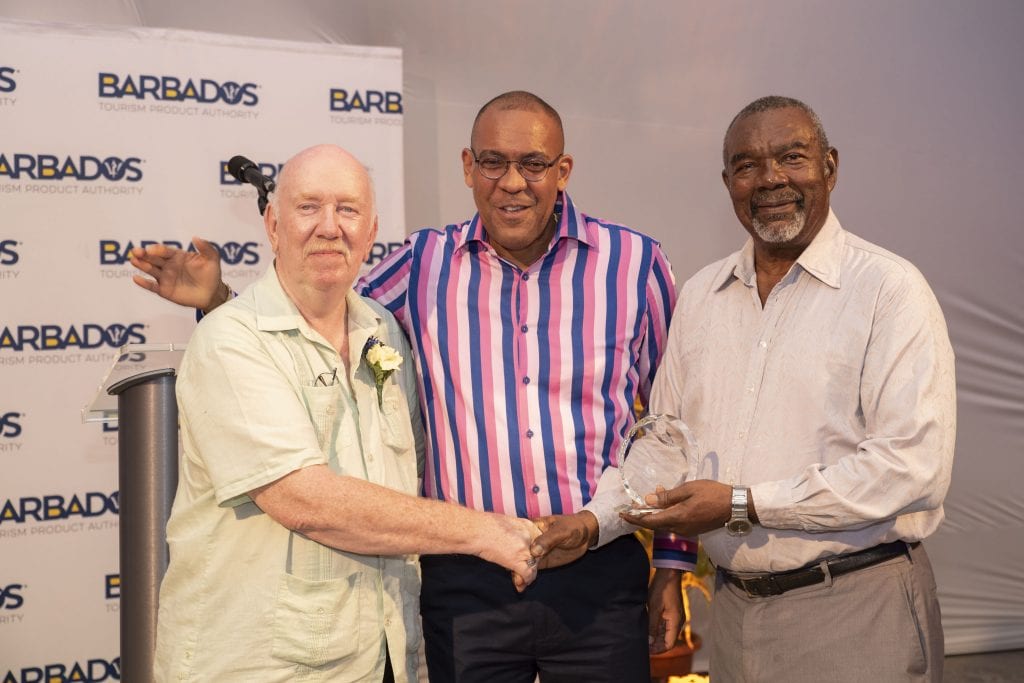 Cricket legends of Barbados, along with the island’s cricketing history, must be part of this nation’s tourism product and story.

This is according to Minister of Tourism and International Transport, Kerrie Symmonds, who was speaking during the third Loyal Visitors Reception at the Cricket Legends Museum, Fontabelle, St. Michael, recently.

Minister Symmonds stressed that Barbadian cricket legends were a critical part of the island’s social and cultural development.  He shared with the visitors why hosting the reception at the Cricket Legends Museum was special, and expressed it was also exciting for them to meet some of the island’s cricketing greats.

“We are here for a very important reason. The legends of Barbados are a critical part of the social and cultural development of this country.  As such, I see them as a critical part of the tourism product of Barbados. The point has to be made that those people like Sir Charles Griffith, Sir Wes Hall, Mr. Desmond Haynes and the other cricketing knights…those are the people who helped to shape not just the cultural but the psychological development of this country.  A country that was at that time either colonial or now coming out of a colonial experience and where young men were told that you were not as good as…or you could not be as good as…,” he said.

“On the field of play, where there is a great leveler called sports, they demonstrated not only equality, but they demonstrated domination over the entire world….  They gave to this country and by extension to the West Indies as a whole.  If you remember Nelson Mandela’s recollection of the West Indies team back then, he said it gave life and hope and meaning to the struggle in South Africa.  It is through the legends that we were placed on the international map…. 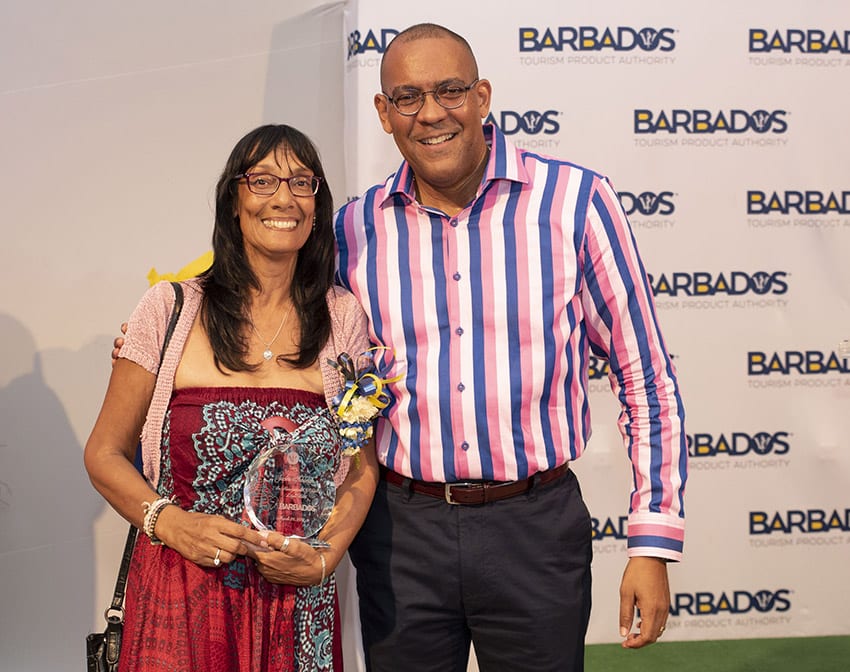 “We are perpetually in debt to them for what they have done for the country.  Part of the spirit of what we must do as a country now is to recognize the contribution of the legends and to have them as part and parcel of the tourism product, the tourism story,” Minister Symmonds insisted.

During the reception, many of the visitors mixed and mingled with cricket legends, including Sir Charles Griffith, Sir Wes Hall and Desmond Haynes. They also met with former West Indies cricketers, Ian Bradshaw, Sherwin Campbell and Vasbert Drakes.

British loyal visitor Jackie Ashleigh was praised and rewarded for visiting Barbados 100 times. Also recognized were Janice Oag for her 64 visits, Donald Patterson and Joe Scoles, who individually visited 60 times, and Eric and Louise Estwick for their 54 visits.