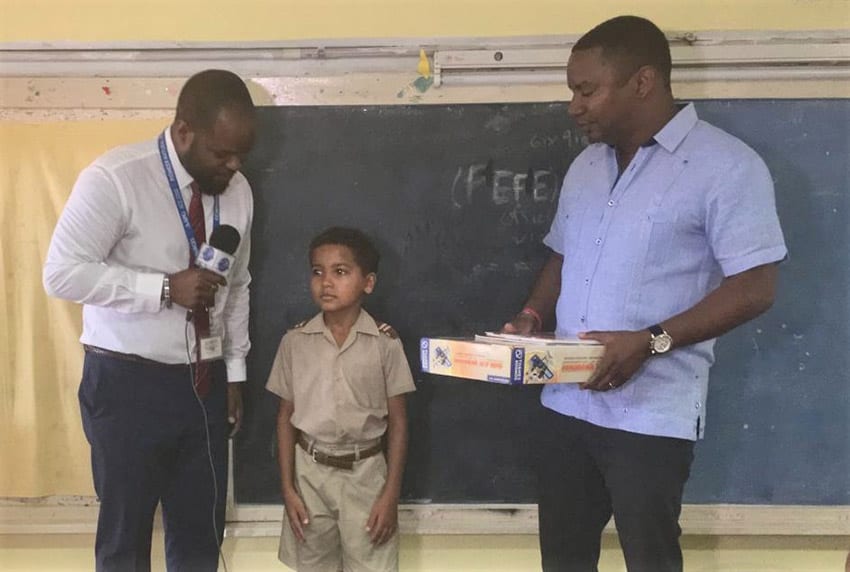 Minister of Energy and Water Resources, Wilfred Abrahams, believes that it is an exciting time for youth because they will be the inventors who are going to help take Barbados forward in renewable energy.

He expressed this belief today, as he addressed Classes Three and Four pupils of the Lawrence T Gay Memorial School, where he was presenting Tai Gill with prizes for placing second in the Ministry’s Schools’ Colouring and Essay competition, held in November 2018.

While engaging the students and commending the two entrants from the school, Tai Gill of Class 3L, and deputy head girl, Janika Walcott, of Class 4L, Minister Abrahams said: “I’m very happy to be here. I’m very proud of you for what you’ve done and the effort that you made.

“We don’t always win, but sometimes it’s very important to participate because we all advance and we all learn.”

The Energy Minister, in explaining the importance of Barbados’ 2030 goal of becoming 100 per cent renewable energy efficient, described how Barbados currently generates electricity by burning oil and diesel, the high cost attached and the negatives to the environment.

Noting that this country once utilized windmills to help produce sugar, Mr. Abrahams said “we need to get back to the position in Barbados where we don’t have to depend on oil”, and utilize the resources at our disposal, such as wind, sun and water. 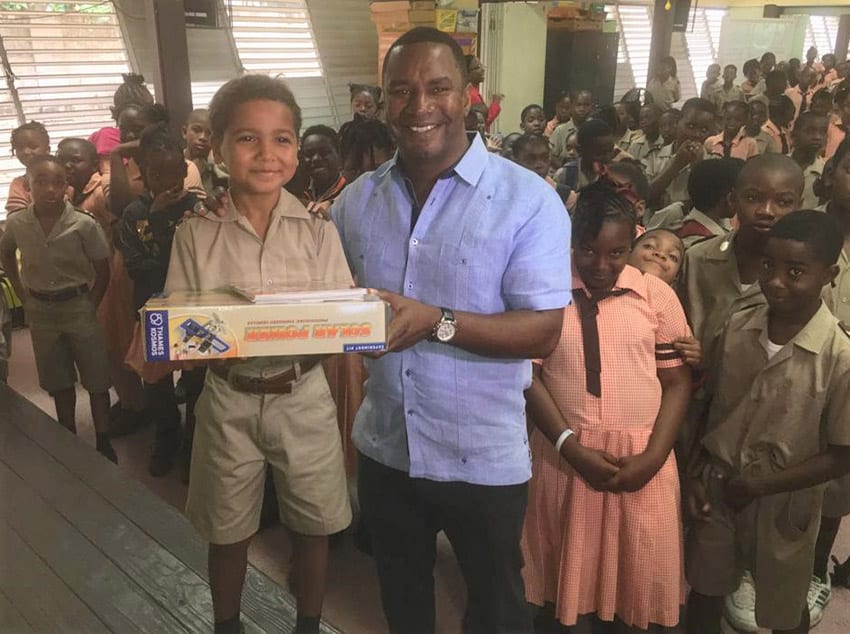 In encouraging the students to become inventors and the nexus to renewable energy, Minister Abrahams also sought to give some energy saving pointers.  “It is not enough for us to generate renewable electricity or electricity from renewable sources, we have to conserve what it is we use; we have to be responsible.”

He told the boys and girls to turn off lights when not in a room, not to have the refrigerator door open for long periods, unplug laptops when not in use, and turn off the television when going outside to play.

Meanwhile, Acting Chief Geologist, Jamal Gill, in explaining why the Ministry held an essay and colouring competition, stated that the Ministry was always thinking of ways to engage the island’s school children in learning about renewable energy. He said it was that generation and the generation to come that Barbados would rely heavily on to take us into the renewable energy age.

Tai Gill, who was awarded a science kit, two science books and a voucher for two on the Atlantis Submarine, said he loves science and felt happy and excited about placing second.  He said he looks forward to entering the essay competition this year.