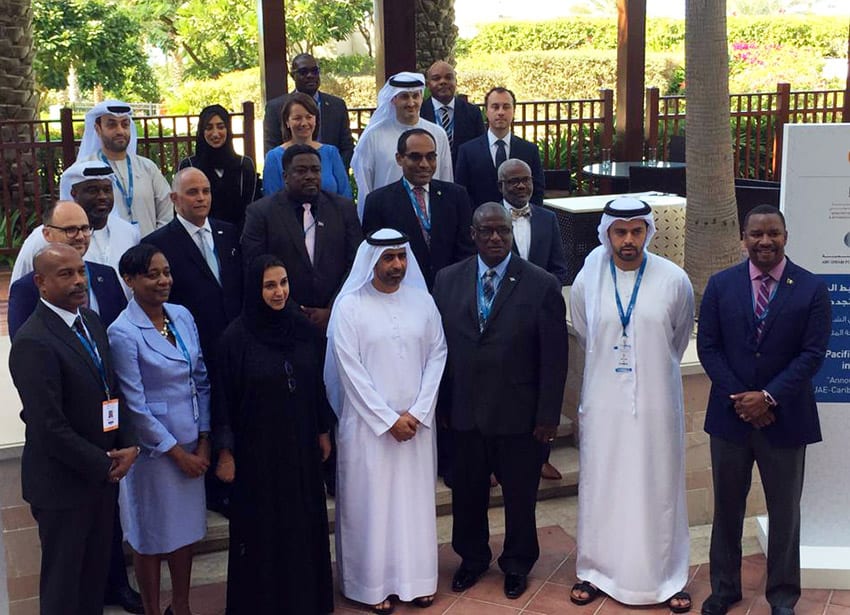 Access to financing that is predictable and easily accessible is critical to Small Island Developing States’ (SIDS) Renewable Energy (RE) endeavours.

This statement was made recently by Minister of Energy and Water Resources, Wilfred Abrahams, as he addressed the Ministerial session of the 9th International Renewable Energy Agency (IRENA) Assembly in Abu Dhabi.

“We as SIDS are an eclectic group of nation states of varying sizes, demographics and natural resources, managed in various ways and featuring differing styles of energy production, power and electricity sources.  However, beyond these obvious differences, is also the stark reality that we face similar challenges.

“These include an over-dependence on fossil fuels, some of the highest electricity tariffs in the world, limited access to finance, small and isolated grids, a shared vulnerability to climate change, being prone to natural disasters such as hurricanes and inadequate human capacity for effective implementation,” Mr. Abrahams noted.

The Energy Minister stressed the link between climate change and energy as another crucial issue, as well as how the survival of SIDS depended on reducing the rate of global greenhouse gas emissions.

He said that is why SIDS were especially grateful to IRENA for designating them as an identifiable special grouping of states that needs focused attention in the global energy transition.

However, he cautioned: “The reality for us as SIDS is that even if we do everything right and exceed all targets for renewables our survival depends on others … it is how the developed and large emerging economies satiate their hunger for more energy over the next decade that will decide our fate as SIDS.”

Remarking that the world is arguably on the cusp of an energy revolution, with huge potential for renewable energy in terms of solar, wind, hydro, geothermal, bio-energy in SIDS, Mr. Abrahams said the challenge, however, was in turning this potential into ever greater reality.

The Minister also suggested that due to capacity constraints in SIDS, it might be prudent, in addition to funding, to designate experts to work out of energy ministries to assist SIDS, particularly in negotiations with utility companies and in the establishment of new regulatory frameworks.