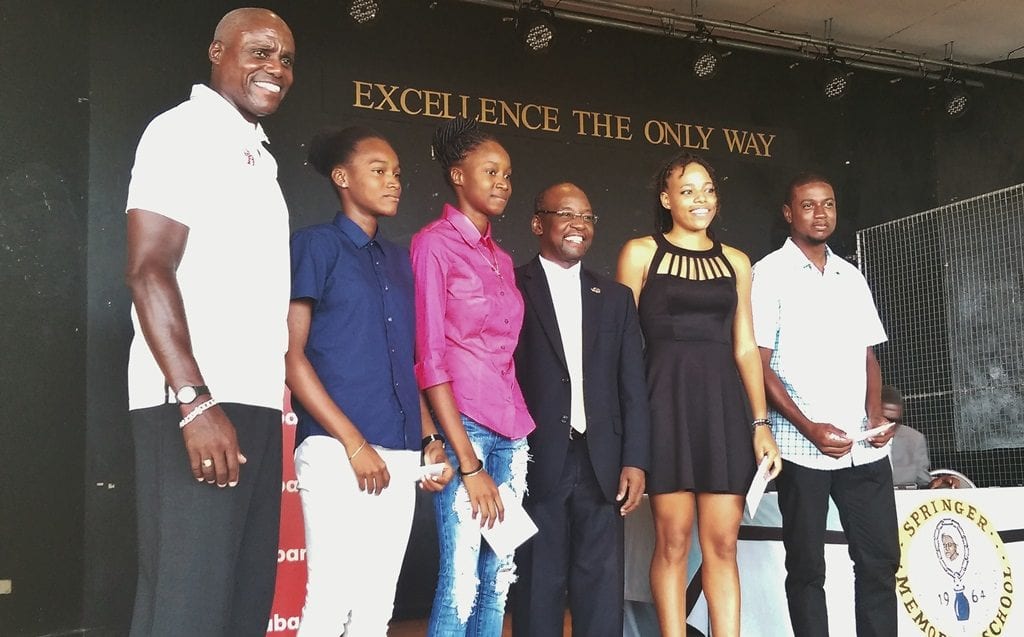 Sports Minister, Stephen Lashley, has lauded the achievements of four Barbadian athletes who are now the proud recipients of athletic scholarships.

Addressing a welcome function in honour of United States athlete and Olympic gold medallist, Carl Lewis, at the Springer Memorial School today, Mr. Lashley told the scholarship awardees that their performances were to be celebrated.

“We’ve seen a continuous growth in the development and the performance of our athletes, and it suggests to me that the future for our athletes in Barbados and those who represent [us] outside of Barbados, is really in good hands and is extremely promising,” he praised.

Adding that this year’s athletic season was a “pleasant success”, the Minister cautioned the young athletes to not only strive for success, but to also maintain high standards, as “success and excellence without standards will not work”.

He emphasised that good manners, empathy for their colleagues, obedience and good behaviour were also needed. The scholarship awardees are Jade Searles, Kylia Smith and Jelicia Neil, who will all attend Butler College in Kansas; and Kemar Cumberbatch, who will attend Alcorn State University in Mississippi.

Former Olympian Carl Lewis, who conducted a sports clinic in Barbados last year and who is affiliated with the University of Houston, is on the island to observe Barbadian athletes during the annual National Championships in Athletics this weekend.