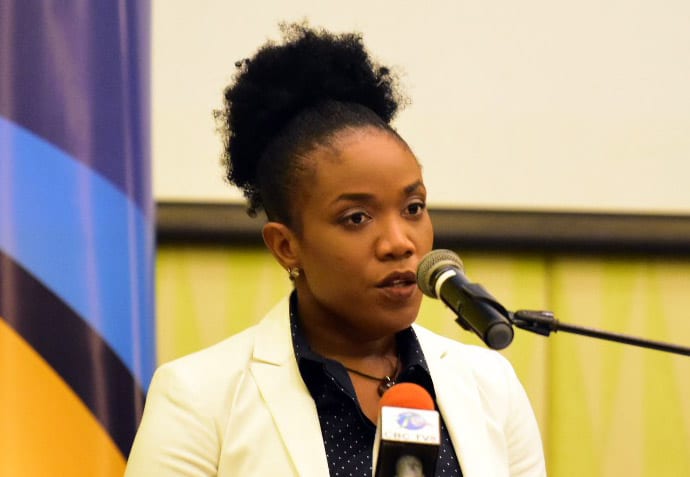 Minister in the Ministry of Economic Affairs and Investment, Marsha Caddle, outlining some of Government’s plans for the economy during last Friday’s “Blast-Off” seminar at the Hilton Barbados Resort. (C.Pitt/BGIS)

Minister in the Ministry of Economic Affairs and Investment, Marsha Caddle, has affirmed that economic enfranchisement is Government’s core policy objective.

Speaking at the Barbados Association of Insurance and Financial Advisors’ “Blast-Off” seminar recently at the Hilton Barbados Resort, the Investment Minister said that in order to achieve this objective, Government had a five-point plan, and, she promised, all aspects would be in place in 2019.

“First, we need a Government that does not monopolize all of the country’s savings to fund deficits. Second, we need the appropriate regulation of new financial institutions and instruments. Third, we need a tax system that encourages investments. Fourth, we need a doing business environment that supports new business and fifth, we need some big investment opportunities,” she listed.

Ms. Caddle further revealed that, over the next four years, Government would be running surpluses and paying back debt. Pointing to the regulatory philosophy which was established last year by the Financial Services Commission (FSC), she explained that Government would welcome all new financial innovations, as long as it was confident that ordinary savers and investors and the financial system were not at risk.

“Where the risks are deemed too high for average consumers, we would introduce the innovation in more limited ways first,” she assured.

According to the Minister, Government was working with the FSC on new regulatory regimes which are expected to be implemented in 2019 for new financial institutions like peer-to-peer lenders, crowd financing platforms and private investment clubs. 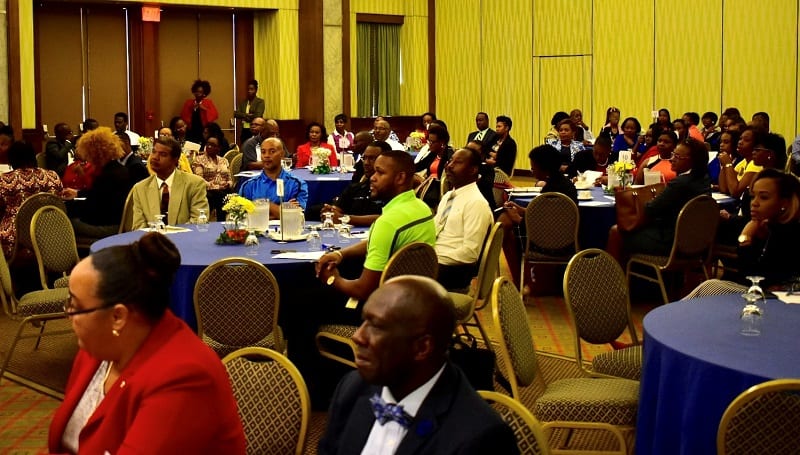 The Barbados Association of Insurance and Financial Advisors hosted a “Blast-off seminar, at the Hilton Barbados Resort. (C. Pitt/BGIS)

Ms. Caddle also spoke about the new Town and Country Planning Act, which was now before the Lower House for debate. This, she explained, would speed up the process of planning applications and make outcomes more positive and predictable.

She also shared plans to set up a new Competitiveness Council which “would be drawn from the private sector, labour, government and interested persons with big ideas to drive implementation of improvements in the Doing Business Index and doing business in Barbados”. This, she revealed, will begin this year with reform of the Corporate Registry.

“We believe that all of this will attract new investment opportunities to Barbados. The Government is already receiving dozens of applications for new solar farms and expressions of interest in medical marijuana. And the Government’s new intent in the granting of permissions is helping a number of stalled projects resume,” she stated.

“Two thousand and nineteen will be the first year that these things will fall into place and with that comes the enormous potential for development and wellbeing and wealth and happiness and fulfillment of an entire generation of Barbadians in years to come.”