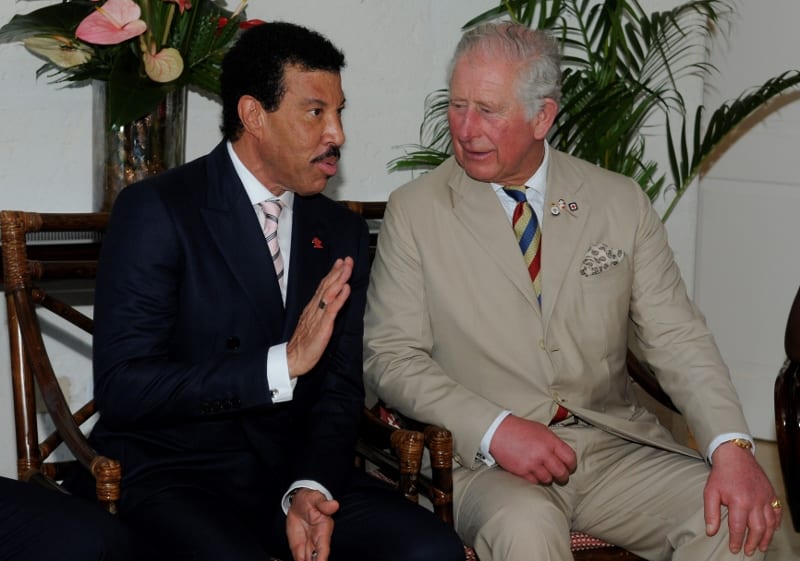 New Global Ambassador for the Prince’s Trust International, Lionel Richie in discussion with HRH The Prince of Wales at yesterday’s reception at the Coral Reef Club Hotel. (BGIS)

The Prince of Wales has named Grammy Award winning singer and songwriter, Lionel Richie, as the Global Ambassador for the Prince’s Trust International.

The announcement was made during a reception at the Coral Reef Club Hotel in St. James, during the official visit of Prince Charles and Camilla, Duchess of Cornwall to Barbados yesterday.

While at the reception, Prince Charles and Ambassador Richie met with Prime Minister Mia Amor Mottley, government ministers, donors and beneficiaries of the Trust. His Royal Highness participated in group activities and engaged in discussions with the youngsters.

Prince Charles extended “enormous thanks” to Mr. Richie, and told the donors that he was grateful they supported and believed in what the Trust could do. He stressed that the programme’s work was critical, since there was a dire need for youth employment globally.

“I am enormously proud of all the young people who I’ve met today, who are a great example of what I think we can do to help turn people’s lives around, to transform their opportunities, and of course, to not only give them life skills, but some of the other skills they so badly needed.  In so many parts of our Common, sometimes the dots are not always joined up together.  So, the great thing I hope is that through getting into the programme, I hope to see if young people have an aptitude for different skills which are in demand.

“I hope we can build up the capacity of Prince’s Trust International as quickly as possible because the need in terms of youth unemployment all around the world, and indeed in the Commonwealth, is enormous. And with your help, ladies and gentlemen, and your enthusiasm and people like Lionel Richie and Sir Tom Jones [we will get there], thank you,” Prince Charles said. 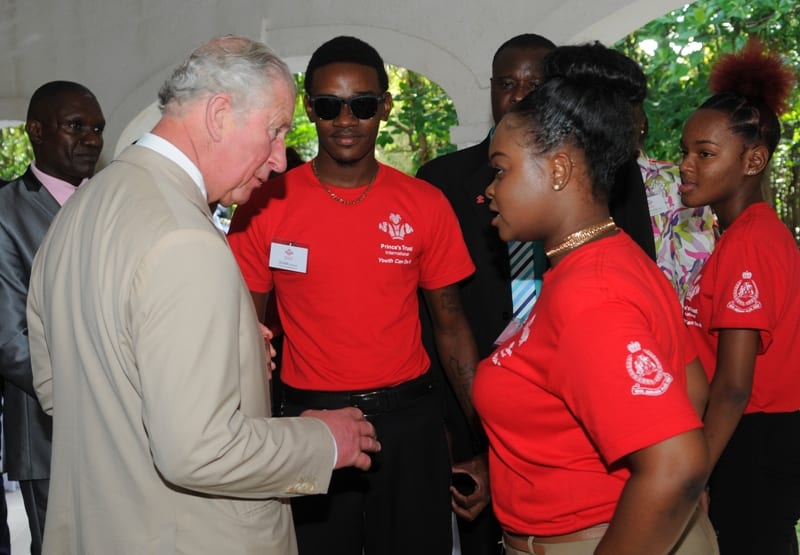 HRH The Prince of Wales chatting with some of the participants of the Prince’s International Trust during a reception yesterday. (BGIS)

“Knowing what this charity does, knowing what this Trust does for so many wonderful kids around the world, I am taking on the mantle with the rest to make sure that we establish this.  Like His Royal Highness said, we need to get on with this quickly.  The reason for that is, we are not getting any younger, but we want to make sure as time rolls on that this is established long after we are gone. So, I accept this wonderful honour,” Mr. Richie said.

The Prince’s Trust International was established in 2015 by His Royal Highness, after successfully running the charity for 43 years in the United Kingdom, where it helped to transform the lives of over 870,000 young people.

Outside of the UK, the Prince’s Trust International collaborates with local partners in Australia, Barbados, Canada, Greece, India, Jordan, Malta, New Zealand and Pakistan to create positive change and enhance the lives of at-risk youth who are between 13 and 30 years, through education, employment and entrepreneurship.

In Barbados, it is administered through the Royal Barbados Police Force.