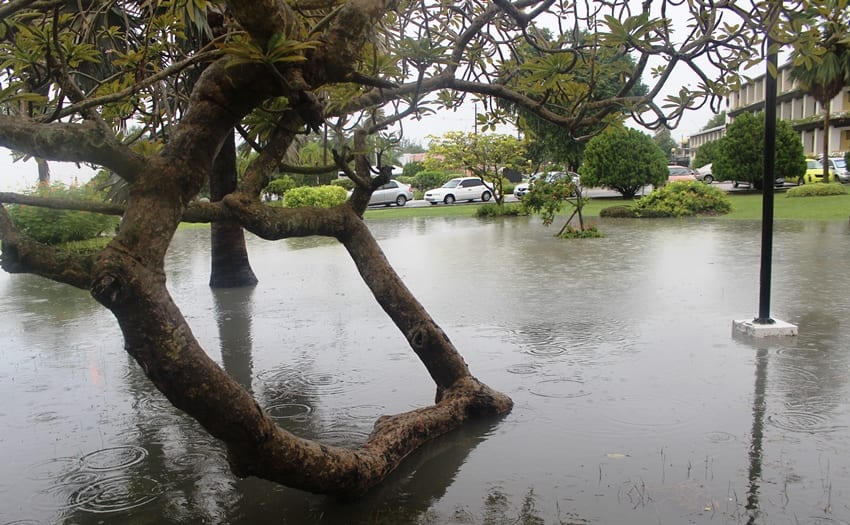 Minister of the Environment and Drainage, Dr. Denis Lowe, noted that the rains generated from hurricanes Irma and Maria last month revealed that the country had some lessons to learn. (FP)

Flooding from recent heavy rains across Barbados has resulted in some serious challenges across the island, mainly because the natural outfall locations for the free flow of water were cut off.

And, Minister of the Environment and Drainage, Dr. Denis Lowe, has fingered “ill-advised” construction and the removal of trees from key areas as the main culprits.

“I think sometimes we become so preoccupied with the removal of what we call bush, that we end up disrupting some of the key biodiversity patches that help to maintain the integrity of our soil, particularly in sloped areas,” he said.

The Minister alluded to construction and subsequent introduction of structures that were now having a negative impact on the management of run-off water in areas such as Weston, St. James and other low-lying areas like Sion Hill and the St. James north corridor.

“While we do not look upon development and the need for development with scorn, we do look upon the ill-advised introduction of concrete structures in critical areas where water absorption would once be a norm, and what the implications suggest, once the water cannot be absorbed, especially in those highly porous areas and get down to the aquifers…,” Dr. Lowe said.

He added that in the south and north of the island, there was evidence of soil erosion, the removal of biodiversity and challenges with residents being able to access their homes and livestock in some cases.

Dr. Lowe noted that the rains generated from hurricanes Irma and Maria last month revealed that the country had some lessons to learn in order to become more fortified in its resistance against severe weather systems.

“I am of the view that should catastrophic weather pass over Barbados, we are going to have a tremendous amount of devastation on the island. A lot of the drainage structures are very old…and their capacity to handle flash flooding is of concern,” the Minister admitted. 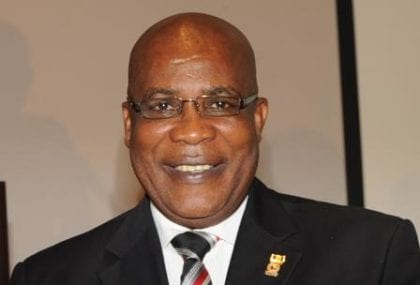 Minister of the Environment and Drainage, Dr. Denis Lowe commended the Drainage Division for what he described as yeoman service in ensuring that the country was not overly threatened by flooding events during the passage of the systems. (FP)

However, he highly commended the Drainage Division for what he described as yeoman service in ensuring that the country was not overly threatened by flooding events during the passage of the systems.

“The Drainage Division moved very swiftly to remove a lot of that water from those settled areas. We are grateful to the Almighty that the situation did not reach catastrophic levels. We are happy that we have a Drainage Division that promptly responds to situations that, if left unattended, can become threats to residents…,” the Minister stated.

However, he made it clear that Government needed to continue wrestling with how it was going to address the island’s drainage needs on a wider scale.

To do so, Dr. Lowe is calling for greater collaboration between key agencies such as the Ministry of Public Works, the Town Planning Department, the Coastal Zone Management Unit and the Natural Heritage Department.

“I believe that as we move forward and that collaboration and cooperation is in place that we would be able to work more effectively not only on adaptation strategies, but also on mitigation strategies,” he said.