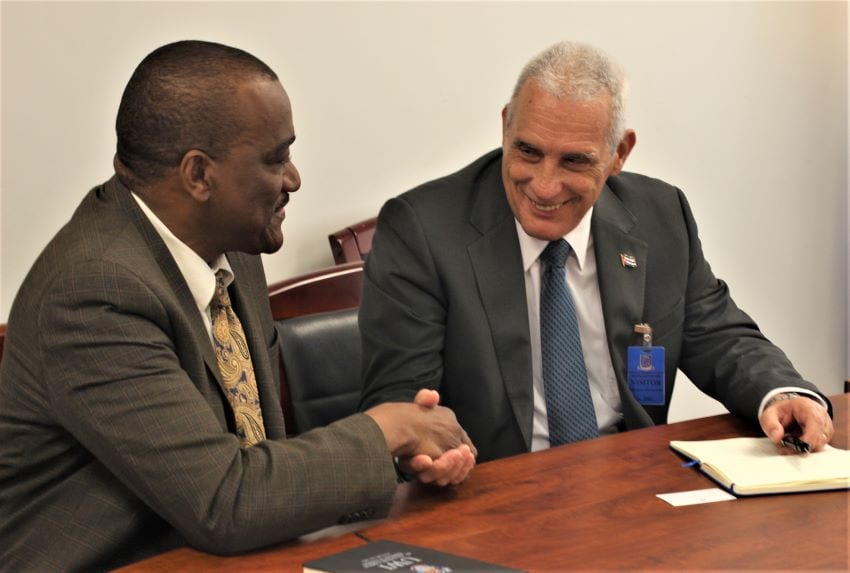 He made the announcement during a courtesy call on Minister of Health and Wellness, Lt. Col. Jeffrey Bostic, last Monday.

Ambassador Pastrana, however, raised the challenges which have faced Barbadian doctors trained in Cuba, and urged Minister Bostic to assist in finding a resolution to the problems which have prevented the doctors from being able to practise in Barbados.

Minister Bostic told Ambassador Pastrana that the issue was one which was of great concern to him, and he gave the commitment that he would do all in his power to find a solution.

“We must find a way to work together, and in collaboration with all the stakeholders here in Barbados to resolve this issue.  It is one I would like to see resolved as soon as possible, so that these students are not left in limbo,” Minister Bostic said.

The two officials also discussed a number of other areas in which it was hoped to deepen cooperation.  These included the possibility of Cuban nurses being recruited to work in Barbados, and the introduction of Cuban pharmaceuticals, particularly for the treatment of diabetes, into the Barbados market.

There was also discussion surrounding collaboration in the area of medical research into lifestyle diseases.