Poultry Industry Concerns Will Be Addressed 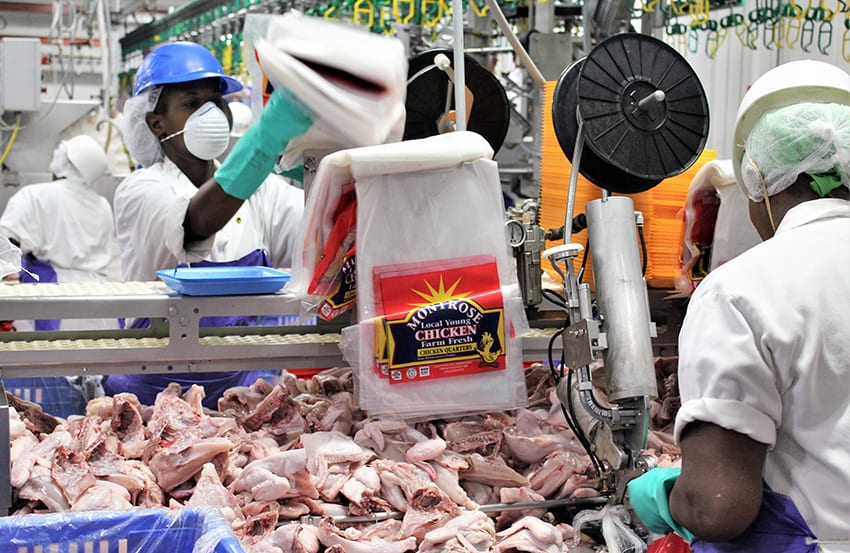 The Ministry of Agriculture and Food Security will be moving with alacrity to address the concerns of the poultry industry in Barbados.

Speaking to the media on a tour of the Chickmont Foods Ltd. processing facilities, on Monday, Minister Indar Weir stated: “The poultry industry is important to Barbados…. It is important to a number of businesses and vendors across Barbados… and the Ministry intends to give any support the industry needs to ‘build out’ the industry.”

Noting the main concerns raised by the management of Chickmont Foods Ltd. were the importation of chicken and turkey wings and the levy on water, Minister Weir stressed the “first order of business is to make sure that any local business is protected”, so as to safeguard their continuity and the livelihood of those employed within the business.

Minister Weir stated that he would address those concerns highlighted by the senior management at Chickmont Foods Ltd. and “any solution will involve some form of research so that we can understand the impact that a reduction in chicken wings will have on the tourism industry and certainly any indication for people involve in food businesses in Barbados”.

He also noted that at this time it could not be a one-sided conversation to address the importation of chicken and turkey wings. He said it had to involve the food industry, local vendors who ply their trade at entertainment events and the final consumer, as it relates to a demand and supply issue.

The Agriculture Minister, in responding to queries on praedial larceny, said “it is a matter that we have to address swiftly”, and the paper which was previously sent to Parliament had to be reviewed and amended so as to enhance the legislation enabling better protection for farmers against praedial larceny. 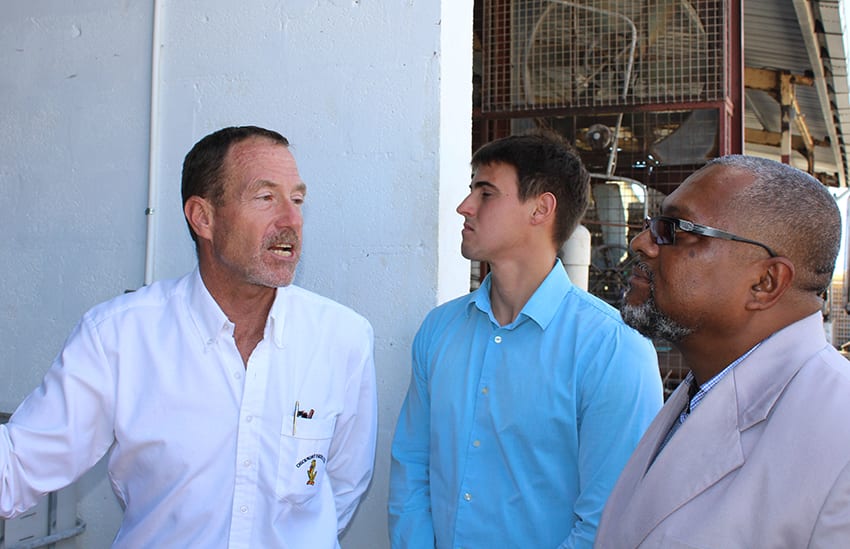 He pointed out that this enhancement would take into consideration the recommendations from stakeholders and those affected by praedial larceny.

He encouraged other businesses to move at a pace to make sure that they too reached such levels of certification which would benefit their businesses and allow them to export their products.

Meanwhile, Managing Director of Montrose Holdings, Dominic DeFreitas, in thanking the Minister for his visit, said  “I am confident that with the right information and knowledge that we and any other producer” give to the Minister, he would utilize it to help move the agricultural industry forward.”

In highlighting the company’s new initiatives, Mr. DeFreitas disclosed that Chickmont Foods Ltd. had installed a large solar power plant on one of its chicken farms and is in the process of installing more so that they too could be a part of the

Government’s 2030 goal of becoming 100 per cent renewable energy efficient, and would soon have on the market marinated season chicken products ready for the oven or frying pan use.

It also operates and manages a hatchery, a rendering plant, broiler farms, egg layer farms and retail outlets under the “Chicken Galore” brand name. The company currently employs over 800 people and processes over 100, 000 chickens per week.