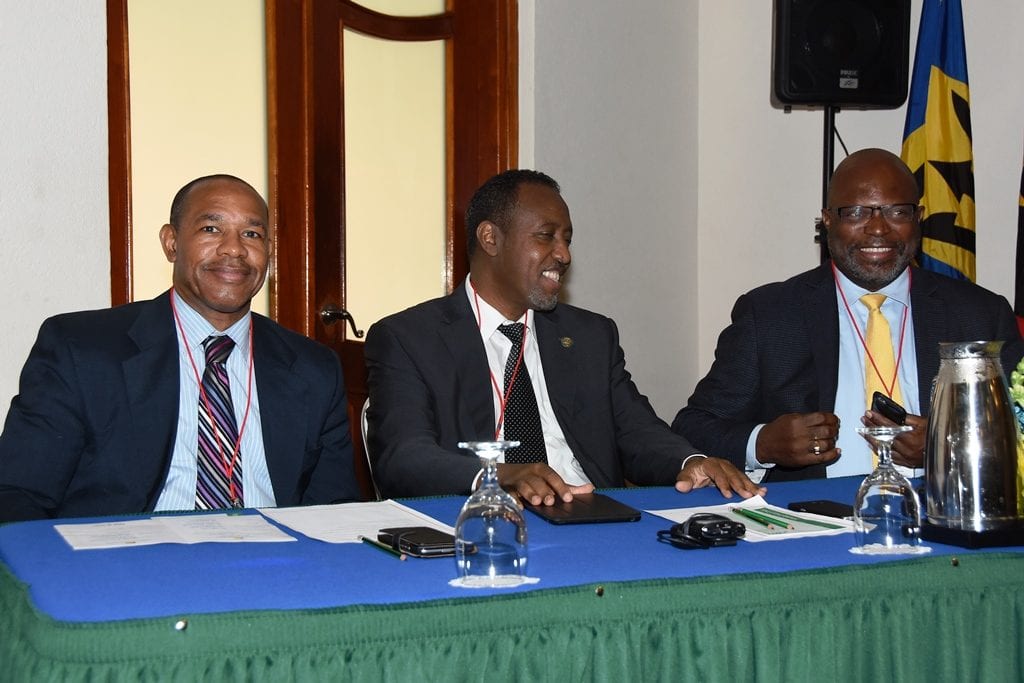 Amidst calls for the reform of the postal service worldwide, regional governments have been cautioned to ensure that any changes are within their best interests.

This advice came from Postmaster General of the Barbados Postal Service, Margaret Ashby, as she delivered remarks during the 3rd Council of Ministers of Postal Affairs Conference at the Accra Beach Resort and Spa, last Friday, July 1.

“The Post is at a cross road, and there is a need for reform. As we sit and discuss [the issues] we must ensure that the reforms that come into place are in the interest of our countries,” she told ministers present, stating that the reform was also necessary at the international level.

She explained that the postal service now found itself in a situation where it was trying to survive in a market in which its most lucrative areas were being taken over by private couriers, while still being responsible for supplying the universal service obligations to countries.

Secretary General of the Caribbean Postal Union, Allan Wayne Smith, also pledged the Union’s commitment to reforming the post, while noting they were presently studying proposals put forward by the Universal Postal Union.

Meanwhile, Director General of the UPU, Bishar Hussein, stressed that a reform of the postal service at this time was critical as the last one was done 47 years ago. “If we don’t reform now we will have to wait a long time before a new proposal would be put together and the status quo would remain the same,” he warned.

The Conference was attended by ministers from Dominica, Grenada, Guyana, St. Lucia, Trinidad and Tobago and Turks and Caicos. It was chaired by Minister of Home Affairs, Adriel Brathwaite, Minister responsible for postal services in Barbados.