Between the ages of four and six, Alicia Bailey was raped by friends of the family; by her father at the age of 10 and again at 15; and then at various stages of her life well into adulthood. Today, she wants one thing – for the rights of victims in similar situations to be heard.

Ms. Bailey shared her story with members of the judiciary during the recent launch of the Model Guidelines for Sexual Offence Cases in the Caribbean Region at the Courtyard by the Marriott.

“I was raped on more than one occasion. Those experiences have left a stain on my life. Unlike other survivors of sexual violence, I sought refuge from the justice system,” she told the audience.

But, instead of finding justice, she was accused of reporting her case to get attention; encouraged to drop the case against her father ‘if she loved him’; told by police at one time that it did not make sense reporting her case because no one would believe her; and being flirted with by a police officer while trying to report an assault.

As a result, after being raped on another occasion as an adult, Ms. Bailey opted not to report the matter. “Many other women, girls and boys have had experiences of being silenced, demeaned and traumatised by the justice system. The justice system which I felt would protect me did the opposite,” she recounted.

However, the young woman remained “cautiously optimistic” about the new Model Guidelines which were launched earlier this week, and warned that nothing would change unless the persons who work within the justice system applied the guidelines.

“My hope today is that the different individuals who work within the justice system would not only hear the words of the guidelines but would do what [they] say. You have the power to ensure that no other girl or woman, boy or man should have to go through what I have gone through,” she emphasised.

Chief Justice of Barbados, Sir Marston Gibson, admitted that “one of the things that we [the judiciary] are not good at doing is hearing the victim speak”. He explained that victims tended to speak through probation reports.

However, he said all of that was set to change through the Model Guidelines, which were rights-based. “They assume that the victim is not reduced to being a part of the backdrop…but she is, in fact, the purpose. Her rights and the vindication of those rights, even in the context of a criminal prosecution, is the reason why we are here,” he explained.

He added that one of the outcomes of the new Sentence Indications/Plea Bargaining Guilty Plea Workshop was the inclusion of victim impact statements. 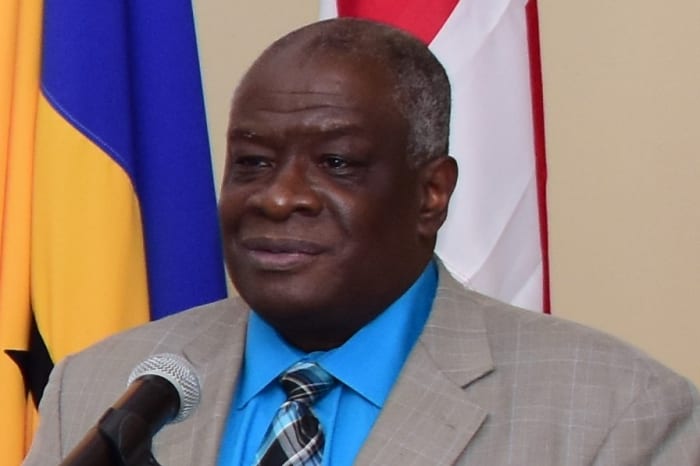 Chief Justice, Sir Marston Gibson, addressing the recent launch of the Model Guidelines for Sexual Offence Cases in the Caribbean Region at the Courtyard by the Marriott. (C.Pitt/BGIS)

“We refuse to relegate the victim to be a part of the backdrop. Very much like our model guidelines are rights-based, our sentence implications project and practice direction will be rights-based,” Sir Marston stressed.

The new Model Guidelines for Sexual Offence Cases in the Caribbean Region are overseen by the Judicial Reform and Institutional Strengthening (JURIST) project, which is funded by the Canadian government.

They are intended to provide internationally accepted best practices for the management of sexual offence cases. The guidelines also offer a rights-based approach to the treatment of complaints and vulnerable witnesses, including children, involved in sexual assault cases.

Canadian High Commissioner, Marie Legault, said the policy was timely as it set out to ensure that women have rights; stopped discrimination against them; and ensured that they all reached their full potential.

Ms. Legault lamented that the 2007 World Bank report indicated that in nine Caribbean countries, 48 per cent of girls indicated that their sexual initiation was forced or somewhat forced. “That is one in two girls. This is very serious [and] it demonstrates that there is still a lot of work to do,” she said.

However, the High Commissioner noted that Barbados’ justice system had put a number of responses in place. These responses include placing limits on defence attorneys to use sexual history of the victims to attack their credibility; judges no longer being required to warn the jury about relying on uncorroborated evidence of the victim; and all sexual assault cases involving children being held in private.

Ms. Legault pointed out that the Model Guidelines were based on internationally accepted best practices and the rights-based approach. These factors, she stated, would assist the judiciary to effectively respond to victims and encourage victims to give the best evidence in court.

“I hope guidelines will be adopted by all countries in the region and help the speedy adjudication of the system. I also hope they increase public confidence in the judicial system,” she said. 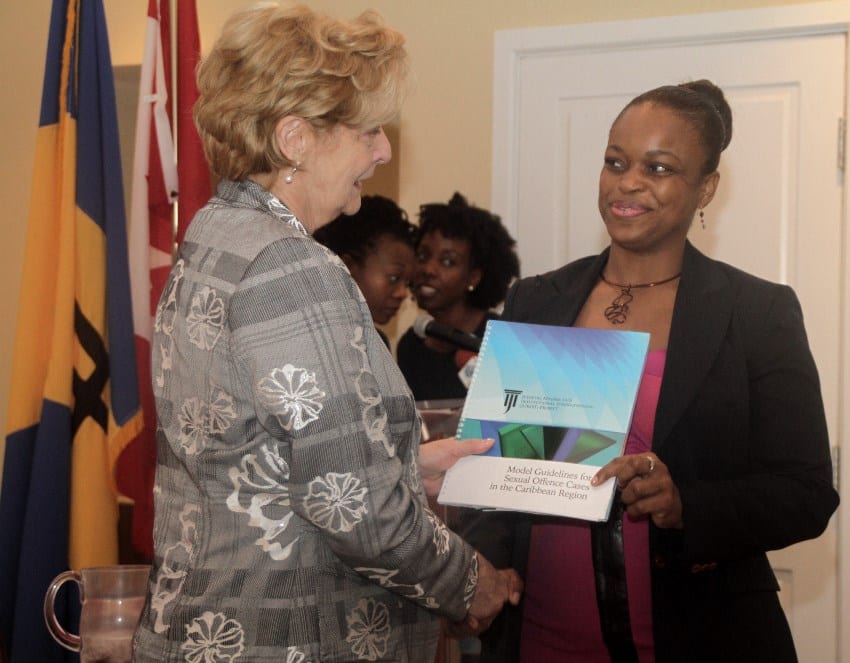 Chair of the Sexual Offences Advisory Committee, and the Caribbean Court of Justice’s lone female judge, Justice Maureen Rajnauth-Lee, said that with the correct application, the Model Guidelines would provide for the best evidence to be obtained in sexual offence cases while minimising any trauma on complainants and witnesses as a result of their participation in the adjudication process.

Noting that the document was the product of the participation of over 200 persons and 15 months of intensive work, Justice Rajnauth-Lee added that the aim was to ensure that it was not only used by the justice sector but would facilitate radical change in how the region facilitated the management of sexual offences and, in particular, how we treat survivors.

This, she said, would be done through a four-prong approach, which involved the building of a skilled cadre of professionals, including judges, police officers and attorneys trained to handle sexual offence cases; the establishment of a sexual offences court; the operationalisation of the prescriptions set out in the model guidelines; and the development and implementation of a regional public relations campaign.