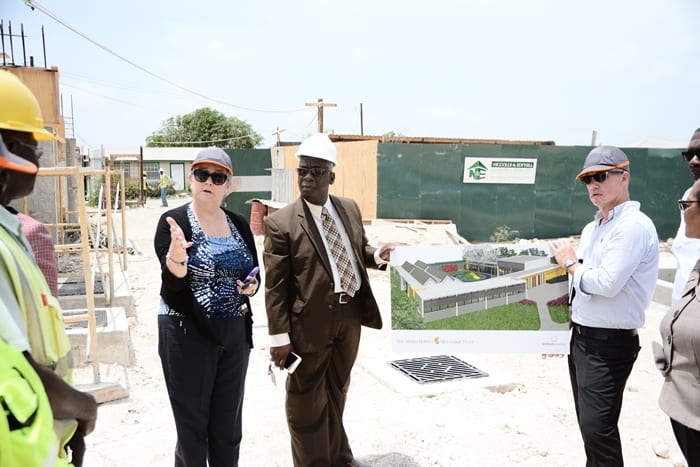 The programme of special repairs and upgrades to primary and nursery schools is now well under way for 2017, with the Ministry of Education, Science, Technology and Innovation (METI), set to spend approximately $1.52 million to carry out the priority repairs.

This is as a result of Government’s allocated budget to finance the upkeep of these schools granted for the current financial year.

The refurbishment programme will address a number of roofs requiring either change of sheeting or structure or both, as well as the repair or replacement of ceilings, floors, windows and doors. Additionally, there will be attention in certain instances to bathrooms, nutrition areas, electrical rewiring and storage improvements.

Director of the ETMU, Richard Harrison, noted that the repairs, which started on July 7, were slated to end on August 21, in time for school, which officially re-opens on Monday, September 4, for teachers and Monday, September 11, for students.

“As usual, this is to give principals and teachers at least a full week of availability to the completed sites before the children return to their classrooms and to ensure everything is satisfactory,” Mr. Harrison explained.

The Director also reported that under the current loan entered into with the Caribbean Development Bank – the Education Sector Enhancement Project II – the Ministry was also proceeding to carry out works on the provision of two additional classrooms to The Ann Hill School, as well as one additional classroom at the St. Giles Primary School to be completed early in the new term.

“These projects, along with those at the 18 schools previously referred to, represent a collective investment of approximately $1.7 million being applied to the immediate additional improvement of the school plant in 2017,” he added.