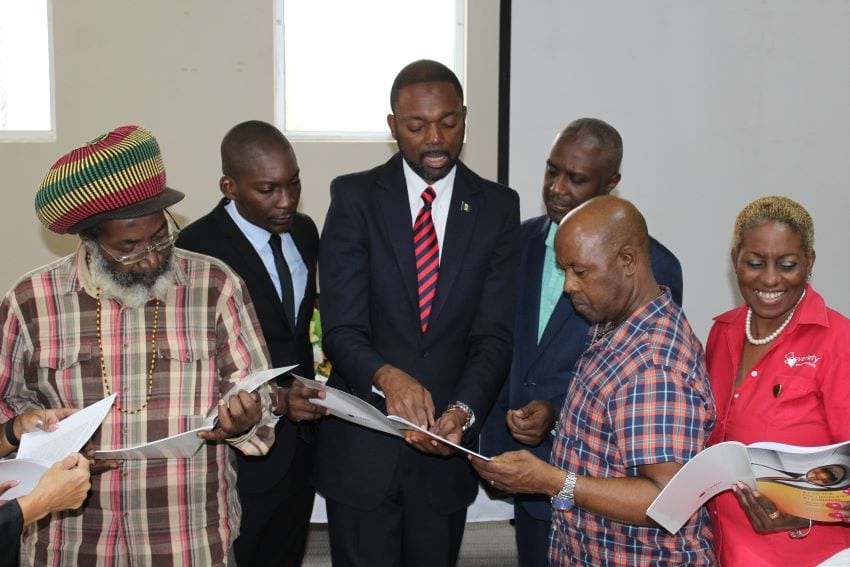 Government is now in possession of a White Paper that will inform the framing of legislation to regulate the operations of non-governmental organizations (NGOs) in Barbados.

Dubbed A Call For NGO Legislation In Barbados, it was handed over, in a brief ceremony, to Minister of Labour and Social Partnership Relations, Colin Jordan, at the Warrens Office Complex.

In expressing appreciation to the Caribbean Policy Development Centre (CPDC) and the GEF Small Grants programme of the United Nations Development Programme for compiling the document, Minister Jordan said it would enable government “to bring our civil society up to internationally accepted standards in their management and operations”.

Stressing that these societies needed to be included in whatever government was doing to manage the country, he said the White Paper came at an opportune moment, when government was seeking to deepen its relationship with the third sector, commonly referred to as civil society.

“The critical role this sector plays in Barbados’ development cannot be questioned. From the founding of the Barbados Landship just after the apprenticeship era, which ended in 1838, to the formation of more recent faith-based groups, parent-teacher associations and other types of organisations, these have all done yeoman service in the area of developing the country, and they have acted effectively in areas where government did not have the resources to act,”  Mr. Jordan said, while noting that there were more than 1,000 registered third sector organizations here, including some in the not-for-profit spheres of the private sector.

Acknowledging that government also recognized a progressive third sector policy could make a significant impact in meeting social needs and accelerating entrepreneurship and social impact investment, he said it was instrumental in generating new jobs and foreign exchange, building a more caring society, serving as a partner in nation-building and attaining the United Nations Sustainable Development Goals. 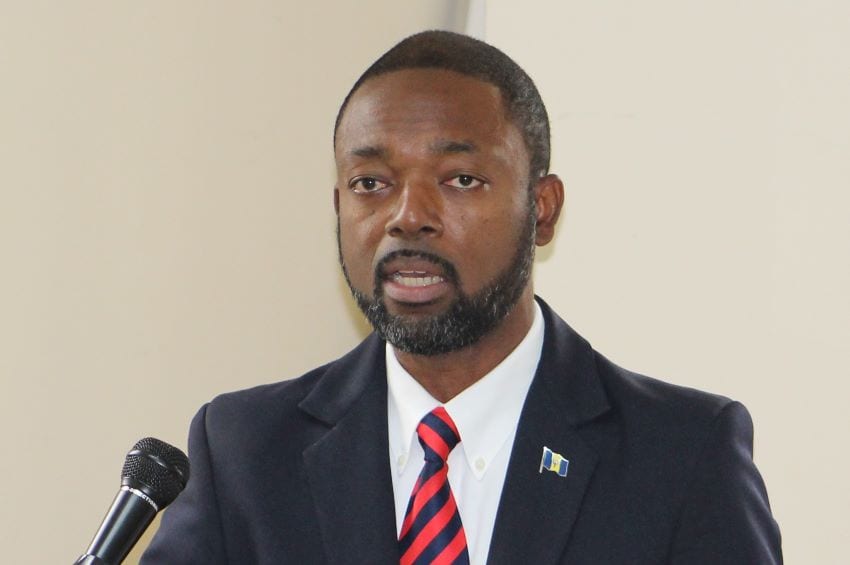 Minister of Labour and Social Partnership Relations, Colin Jordan, said the White Paper, dubbed ‘A Call For NGO Legislation In Barbados’, would bring civil society up to internationally accepted standards in their management and operations. (A.Husbands/BGIS)

“Thus we have promised and pledged to establish a legislative framework to promote and facilitate the development of a thriving, connected, engaged, energized and effective third sector in Barbados, capable of strong social and economic impact and positioning Barbados as a centre for third sector engagement and collaboration,” he said, pointing out that the island could become a positive example for others to follow in developing a vibrant and effective third sector.

NGO representatives heard that while the sector had blossomed, legislation had not kept pace with this development, and Minister Jordan added there were the Companies and Charities Acts, two main pieces of legislation, but “no NGO specific legislation to manage, regulate and to facilitate the development and improve the effectiveness of the sector”.

Mr. Jordan assured them that legislation, emanating from the White Paper, would provide greater oversight for any organization operating for charitable purposes, or as a part of civil society.

And, he stated that before taking a draft legislative framework to Cabinet, the White Paper would be drawn to the attention of the recently-formed Social Justice Committee and other stakeholders to obtain feedback.

He said: “Government is serious about bringing about national transformation and creating a society that is just, cohesive and vibrant.  We recognize that government cannot do it alone.  The third sector must be an integral partner in the effort – the project of nation-building.  This paper, which I have received today marks the first step of a process to strengthening the partnership between the third sector and government. That can only redound to the benefit of our country and all Barbadians.”

Meanwhile, Officer in Charge of CPDC, Richard Jones, noted that the document was created in a consultative process with the participation of over 100 civil society representatives.

Adding that CPDC believed the enactment of NGO specific legislation in Barbados would signal to local, regional and international donors that Barbados is serious about ensuring greater transparency and accountability for the sector, he said: “It also signals that civil society organizations, which have engaged for several years in critical interventions in Barbados’ social development, are willing to work to strengthen its sector.”